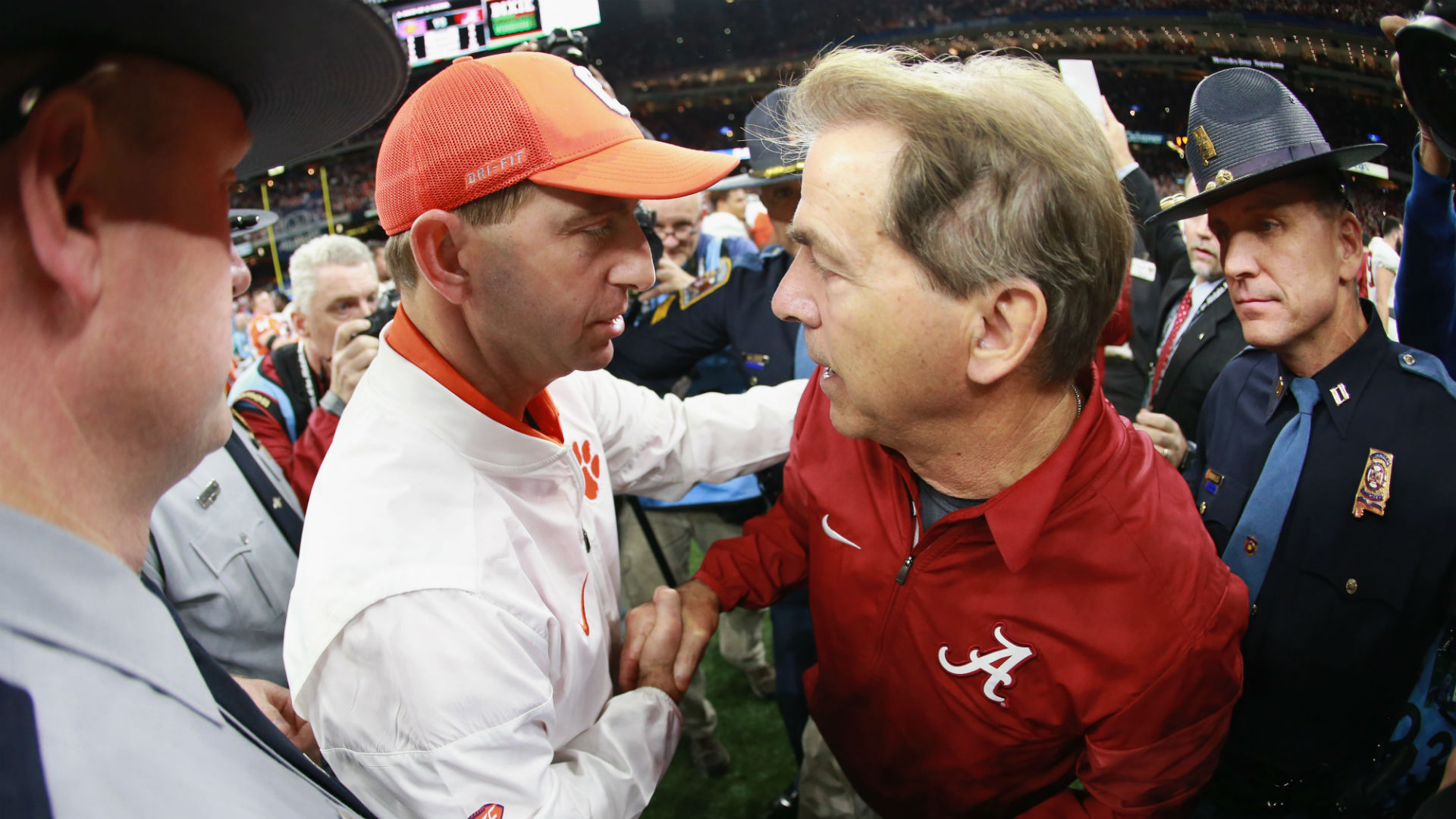 Dabo Swinney was raised in Pelham, Alabama, a suburb of Birmingham that’s about an hour drive from Tuscaloosa. He attended the University of Alabama and coached there, too.

These days, Swinney is one of the main college football rivals to the Crimson Tide as the head coach of Clemson. But through the years, as both teams have reached the College Football Playoff again and again, Swinney has reiterated his love for his home and alma mater despite the competition.

“I have so much respect for Alabama,” Swinney said in 2018. “I mean, Alabama is home, it will always be a place that I love, and I’ve got a lot of family, and I look at it the same at Clemson. It’s home, it’s family. It’s a very healthy rivalry. I think there’s a lot of respect.”

According to Bleacher Report, Swinney’s father Ervil was a huge Crimson Tide fan and passed that along to his son. The whole family attended Alabama’s 1980 Sugar Bowl victory over Arkansas. All these decades later, Swinney is just a win away from facing off with the school he was raised on once again on the biggest stage.

Did Dabo Swinney play at Alabama?

In his career with the Crimson Tide, Swinney caught seven passes for 81 yards. He played in 12 of the Crimson Tide’s 13 games in his senior year as Alabama went 13-0 and claimed the national championship.

Did Dabo Swinney coach at Alabama?

After Swinney’s playing career at Alabama was done, he immediately joined the Crimson Tide coaching staff as a graduate assistant. He held a GA position from 1993-95.

In 1996, Swinney was a joint wide receivers and tight ends coach, then he coached just the tight ends in 1997. From 1998-2000, Swinney coached the wide receivers, his own position at Alabama in his playing days.

When Mike DuBose’s entire staff was fired in early 2001, Swinney was then out of coaching for about two years. During that time, he worked for AIG Baker Real Estate on projects in Alabama.

Swinney’s next job came with Clemson in 2003, when he became the wide receivers coach under Tommy Bowden along with taking over the role of recruiting coordinator.