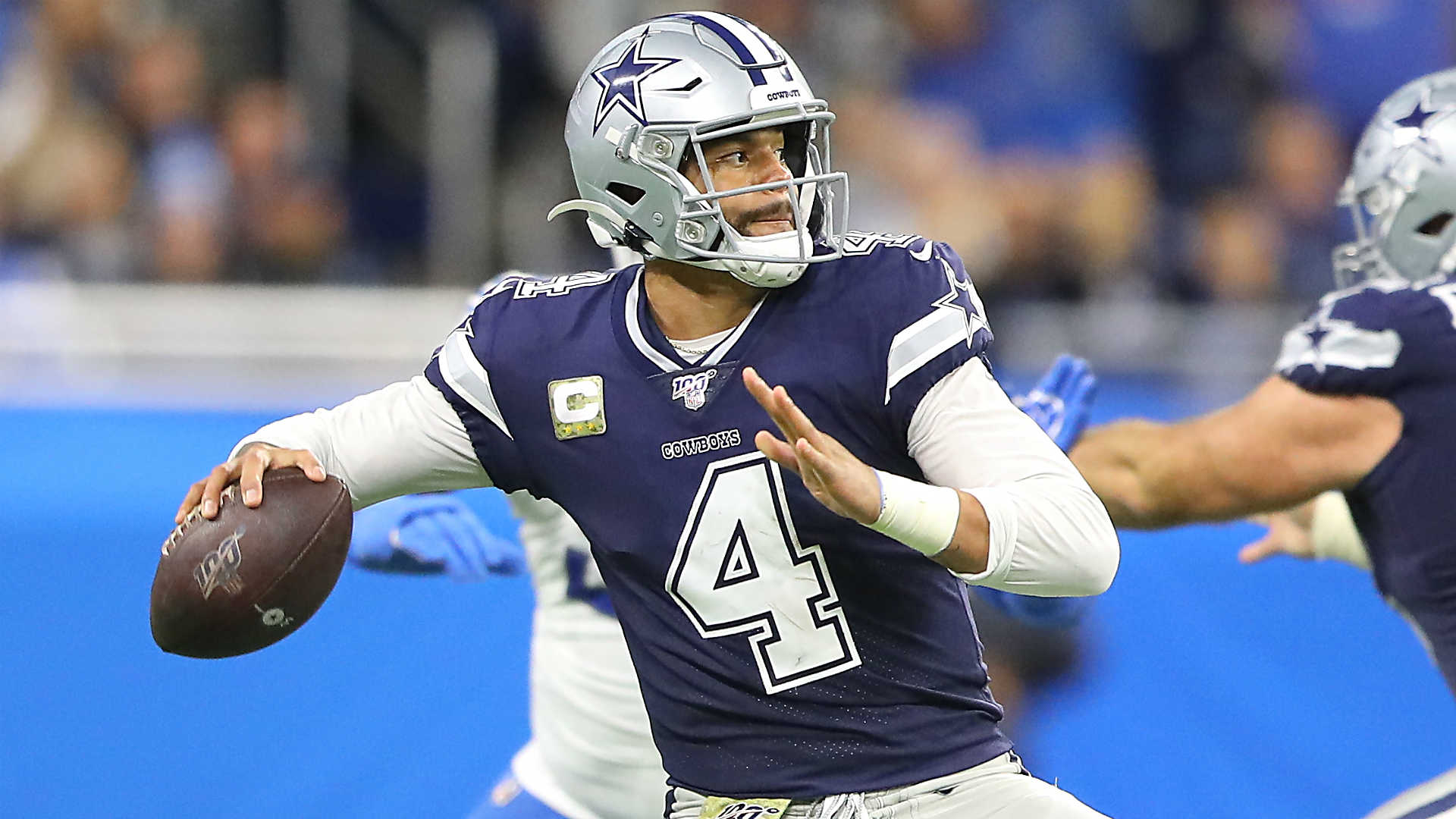 Welcome to Dak Prescott contract week. The deadline for the Cowboys to sign their 26-year-old franchise quarterback to a long-term contract is fast approaching, and updates are worth monitoring, because the hours leading up to 4 p.m. ET on Wednesday could significantly alter Dallas’ salary cap situation.

After roughly a year of contract talks with Prescott but no agreement, the Cowboys in March placed an exclusive franchise tag on the QB to keep him away from free agency. Last season was the fourth and final year of the rookie contract Prescott signed after Dallas selected him in the fourth round of the 2016 NFL Draft.

Prescott signed the franchise tender last month, so one of two things will happen this week. Either Prescott and the Cowboys will agree to a long-term contract by Wednesday’s deadline, or the QB will play the 2020 season (assuming there is a full season) on the franchise tag.

If Prescott plays the season on the tag, he will account for $ 31.4 million (his fully guaranteed salary) of Dallas’ salary cap space. Which is part of the reason the Cowboys should be pushing to get a deal done before the deadline.

Below is all you need to know about Prescott’s situation on the franchise tag as the Cowboys’ deadline to sign him to a new contract approaches, including the latest updates on negotiations.

When the Cowboys placed the franchise tag on Prescott in mid-March, they gave themselves roughly four months to sign the QB to a long-term contract before they would have to pay him $ 31.4 million for one year.

Below is the NFL’s official language on the deadline for teams to sign tagged players to long-term contracts:

“At 4:00 p.m., New York time, deadline for any club that designated a Franchise Player to sign such player to a multiyear contract or extension. After this date, the player may sign only a one-year contract with his prior club for the 2020 season, and such contract cannot be extended until after the club’s last regular season game.”

Prescott signed the franchise tender last month, assuring that he will earn the full $ 31.4 million in 2020 if he doesn’t agree to a long-term deal with the Cowboys by Wednesday.

Will the Cowboys sign Dak Prescott to a new contract before the deadline?

There’s a better chance for a deal now than there was a week ago, before the Chiefs signed Patrick Mahomes to a record-breaking contract extension that could pay him up to $ 503 million over 12 years. Now the Cowboys and Prescott have something they didn’t have before — parameters.

Prescott of course will not get the $ 45 million per year in new money Mahomes is getting, but now the QB market has been reset. Dallas was reluctant to be the team to reset the market with Prescott, so that’s no longer an issue.

MORE: Here’s how much Mahomes will actually make

The hold-up on the Prescott deal reportedly has been the Cowboys wanting to sign the QB to a five-year contract and Prescott wanting a four-year deal. (Prescott wants to hit free agency again sooner rather than later so he can capitalize on what’s expected to be a larger league-wide salary cap.) But the Mahomes deal, a 10-year extension, moves some leverage to the Cowboys’ side. If he can agree to 10 years, can’t you agree to five?

And if Prescott can land a better average annual salary than the $ 35 million he reportedly has been seeking, perhaps he will agree to that fifth year.

In the first five years of his new contract, Mahomes will earn an average of roughly $ 39 million per year. So the Prescott camp can take that figure to the Cowboys and use it as a parameter. OK, we’ll agree to that fifth year if you give us, say, $ 37 million per year rather than $ 35 million per year. That would be an ideal compromise for both sides.

Another factor that favors the completion of a long-term contract for Prescott and the Cowboys is the idea that deadlines spur action.

However, recent reports indicate Prescott signed the franchise tender last month because he had assumed no deal would be made by the July 15 deadline.

Regardless, both sides are well aware that the lack of an agreement by Wednesday afternoon will favor Prescott.

What if the Cowboys don’t sign Dak Prescott to a new contract before the deadline?

For 2020, at least, the answer is simple. If the Cowboys and Prescott don’t agree to a long-term contract by Wednesday’s deadline, he will play the upcoming season on the franchise tag and earn no less than $ 31.4 million. It would be by far the highest base salary in the NFL for 2020.

Things would get more interesting after the season, when Prescott again would become eligible for an extension. The Cowboys would be in the same boat they were in early this year, wanting to extend their quarterback but having the tag as a tool to keep him away from free agency.

As Kirk Cousins can explain, that would be the best-case scenario for Prescott, assuming he can stay healthy through 2020 on the tag. Cousins is the generic case study for QBs and the franchise tag, because from 2016-20, he earned more cash (137.9 million) than anybody else in the NFL in part because Washington franchise tagged him two years in a row.

So, as Spotrac points out, if Prescott were to be tagged again in 2021, he would earn no less than $ 69 million over the next two years. Mahomes will make just $ 33.6 million in that time period.

Assuming the Cowboys eventually will sign Prescott to a long-term deal, the longer it takes, the more the QB will earn.

— From ESPN’s Todd Archer on Monday: “Despite Wednesday’s deadline to sign Dak Prescott to a long-term deal, there are no scheduled talks between the Dallas Cowboys and the quarterback’s agent, Todd France, according to multiple sources. While things can change quickly with a simple phone call, there was expected to be more urgency in getting a deal done that would lock the team and Prescott together for the long term while making the quarterback one of the highest paid quarterbacks in the NFL.”

— From NFL Media’s Jane Slater on Monday: “A source informed tells me there isn’t a lot of optimism that (a deal) will be reached. It’s Monday so things can change but that’s where the situation sits currently.”

— From the Dallas Morning News’ Calvin Watkins on Sunday: “Situation could change before July 15 deadline but a source said Sunday afternoon Cowboys are not close to reaching a multi-year contract with QB Dak Prescott. He would enter 2020 season on $ 31.4M franchise tag if no deal by deadline.”

— From ESPN’s Jeremy Fowler on Saturday: “I’m told the Cowboys are not worried right now. They’re going to play this up to the deadline, and they’re hoping that Dak Prescott will take their latest, best offer whether that’s a new offer at the deadline or their old offer. They didn’t hash it out a few months ago, it’s been very quiet since then to the point where some league sources believe nothing is going to get done here. Because Dak already signed his franchise tag tender, maybe conceding that nothing is going to get done. The Cowboys feel they’re in a good spot.”