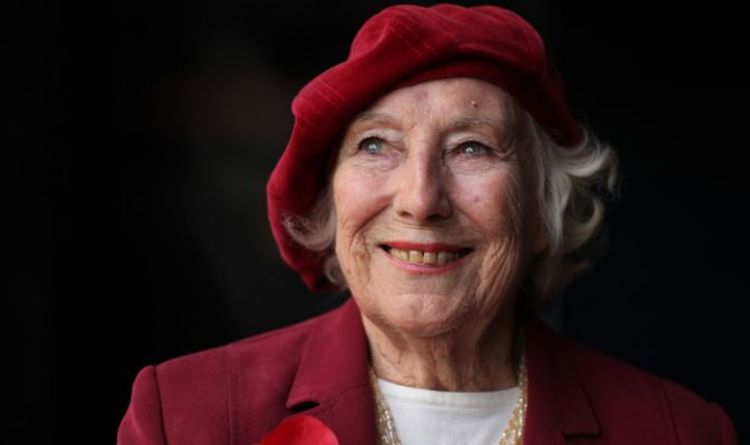 Vera revealed she had never owned a credit card and her most extravagant purchase was a mink fur coat that cost £1,000 in the 1950s. Today this would equate to around £9,500.

Broadcaster Piers Morgan tweeted: “Oh no…. what terribly sad news. Dame Vera Lynn has died, aged 103. A magnificent woman who rallied our country when we most needed it.

In her life Vera, who was born on 20 March 1917, was married once, to a man named Harry Lewis, a clarinetist and saxophonist.

They had only one child, Virginia. Harry sadly died in 1998.

Vera lived next door to her daughter in Sussex.

Dame Vera was honoured in a number of ways for the work.

She was awarded the Outstanding Contribution to Music award at the Classic Brit Awards 2018.

A portrait of her hands in the Royal Albert Hall.

Additionally, she was given a official British Honours such as the War Medal, the Burma Star, and became a member of the Order of the Companions of Honour for entertainment and charity.

She became a dame at the 1975 Birthday Honours.