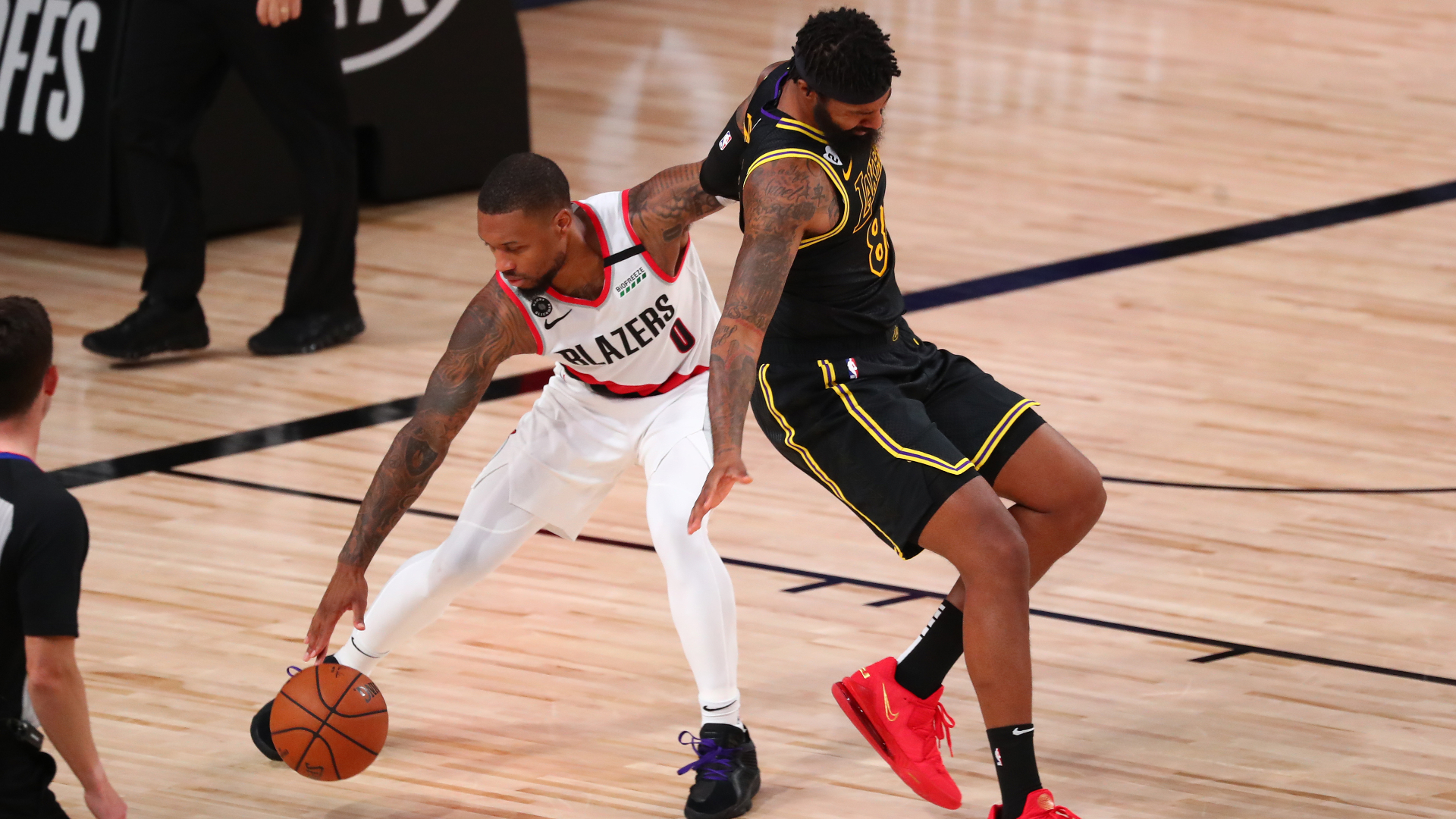 Damian Lillard exited Monday’s Game 4 against the Lakers with a right knee injury, causing him to miss a quarter-plus of the Trail Blazers’ 135-115 loss.

The injury seemed to occur late in the third quarter as Lillard attempted to drive to the basket. As he planted his right leg, his knee buckled slightly and seemed to cause him trouble after.

Portland coach Terry Stotts had little to offer in terms of updates on Lillard’s status after the game, saying only that he “injured his right knee and that he’s getting an MRI.”

The Trail Blazers will need Lillard to return if they want to keep their comeback hopes alive against the top-seeded Lakers; Portland is 0-11 all-time when trailing 3-1 in the playoffs. Lillard averaged 28.7 points over the first three games of the series, including 34 points in Games 1 and 3. That said, he had his worst scoring output of the series on Monday, putting up 11 points in 27 minutes, his lowest total since a March 7 loss to the Kings.

The Trail Blazers will take on the Lakers in Game 5 on Wednesday. Whether Lillard will be a part of Portland’s lineup remains to be seen.

Domenico MontanaroPresident Trump visits the Supreme Court Thursday to pay respects, as Justice Ruth Bader Ginsburg lies in repose at the top of the...
Read more