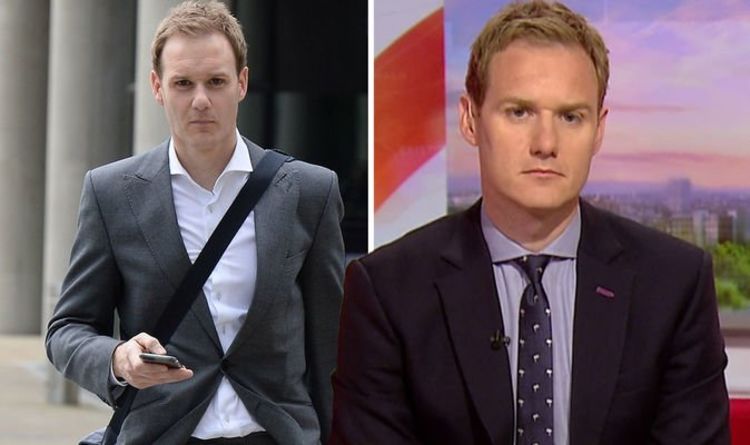 Dan Walker – who host’s BBC Breakfast three days a week – is reportedly driven in an executive car from his home in Sheffield to the Salford studios and back again. According to reports, the 39.4 mile journey costs the corporation £100 per trip and could add up to around £30,000 a year.

It has been claimed the journey is within the BBC company rules of a 40-mile limit for taxi travel but it has also been alleged his return journey is not covered, according to insiders.

A source told The Mail On Sunday: “It’s atrocious how much bosses are forking out just to get Dan to work. They could hire a reporter for that money alone.

A BBC source reportedly told the publication that Dan does drive himself to work on occasions.

Dan, who lives in Sheffield with his wife and three children, has presented BBC Breakfast since 2016 and Football Focus since 2009.

Last year, he was announced as the host of television quiz show Chase the Case.

According to the Sun Online, his various roles have garnered a reported £250,000 a year salary, putting him on the BBC’s “big earners list”.

In view of his 580,000 followers, Dan retweeted a post from the BBC’s official Strictly account which read: “Our last-minute arrival has only gone and won the #Strictly Glitterball! Kelvin and Oti are your 2019 #StrictlyFinal winners! @kelvin_fletcher @OtiMabuse.”

The BBC Breakfast host captioned the post: “Well done @kelvin_fletcher & @OtiMabuse. The sub came on and scored the winner in the #StrictlyFinal.”(sic)

ByMeredith Nardino Totally transformed! Chrishell Stause is proud of how strong her muscles have become from her Dancing With the Stars training — especially in...
Read more
Celebrity

BySamantha Wilson Scott Baio lashed out after John Stamos said that he wants to play his character, Chachi, in the ‘Happy Days’ reunion. He even...
Read more
Celebrity

ByJean-Claude Van Damme has stepped in to save a 3-month-old chihuahua from being euthanized over a passport problem. The chihuahua, named Raya, had been sold...
Read more
Celebrity

ByShe said: "I'm not worried about the curse. “Nicki and me are best friends so I don't really see anyone as competition and she doesn't...
Read more
Celebrity