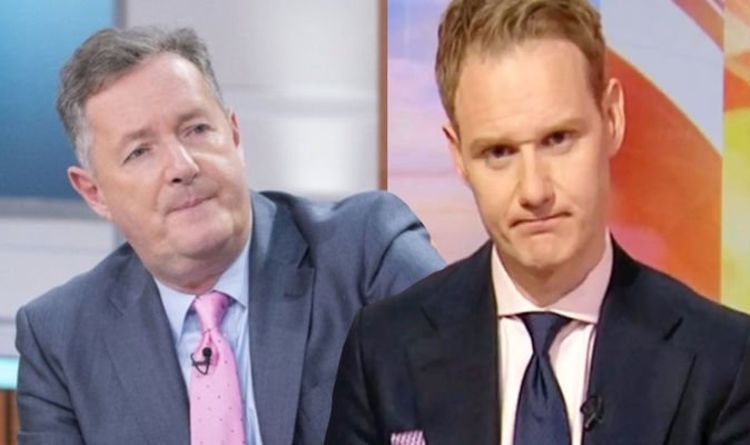 Known for being mild-mannered and keeping his head during heated debates, Dan has gained a reputation for being a friendly presenter.

And that’s not a bad characteristic to have, by all means.

With this in mind, he’s constantly compared to that of outspoken GMB host Piers Morgan, who has gained worldwide traction for his unique interview style.

But Dan had a simple explanation for their different techniques, admitting there isn’t a single approach.

This particular comparison was made after Dan shared an article to Twitter from The Times titled ‘Coronavirus: 38 days when Britain sleepwalked into disaster’, a piece that delved into the UK government’s “failings” in the early stages of the deadly virus outbreak.

Captioning the post: “A long read. Behind a paywall. But worth it,” some fans immediately ambushed the presenter with questions about the BBC and why it wasn’t “holding the government to account”.

One user in particular suggested BBC presenters should “show some b***s” like Piers on the rival breakfast show and challenge their interviewees more.

“Are you going to mention this on @BBCBreakfast and are you and the beeb finally going to start challenging the @Conservatives government and show some b***s like @piersmorgan and ask the tough questions?” the fan asked, demanding answers.

Dan always likes to converse with his fans, taking time out of his busy schedule to respond and settle any qualms viewers may have.

Not satisfied with Dan’s diplomatic response, they hit back with another dig at the BBC.

“I used to watch @BBCBreakfast all the time! Hated @piersmorgan!” they snapped.

“Have watched the daily press conferences everyday since this all started and the @BBCWorld have pussyfooted round the important questions, not challenged the government’s actions. @GMB at least have the b***s to ask!”

But many have blasted Piers for being a “scaremonger”, as he continues to challenge the government “on everything they say” throughout the coronavirus pandemic.