Dan Walker: BBC host rages at calls for crackdown on... 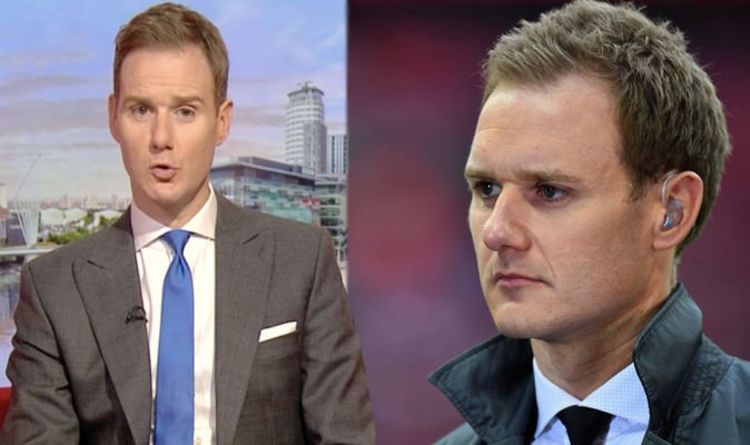 Dan Walker, 43, aired his views on the recent proposition by Chartered Management Institute head Ann Francke, to halt all office football and cricket chat because it made “a lot of women feel left out”. Many have taken to social media to express their concerns, after the interview aired on BBC’s Today program on Monday.

Ann told the show that she worries “sports banter” can exclude women and lead to “laddish behaviour such as chat about sexual conquests.”

“A lot of women, in particular, feel left out,” she told the BBC’s Today programme.

“They don’t follow those sports and they don’t like either being forced to talk about them or not being included.”

“I have nothing against sports enthusiasts or cricket fans – that’s great,” she said.

“But the issue is many people aren’t cricket fans,” she added, arguing the topics should be banned.

Concerned that discussing football and its content can disproportionately exclude women and divide offices, the management body warned that sports chat should be halted.

Dan, an avid football fan whose presenting duties extend from BBC Breakfast to hosting Football Focus on Saturday afternoons, commented on the issue with a sarcastic response.

“Shall we just ban talking to each other?” he wrote, accompanied with a stream of angry emojis to express his exasperation.

“How ridiculous what gives anyone the right to say you can’t talk about football?” someone else snapped.

A third said: “I heard this today, it’s complete rubbish and utter madness. Just another attempted encroachment on free speech. These people really need to get a life.”

Others called Ann out for “gender stereotyping” but in response to a user who questioned what would happen if it was women instigating conversations about sport, Ann posted to her official Twitter account a response to support her theory.

“Research shows sport is amongst the top ‘banter’ subjects; you are right it is about social awareness but many (mostly) women report that no one notices they are left out. Feeling excluded often impacts productivity and promotion prospects. Good managers aim to engage everyone.”