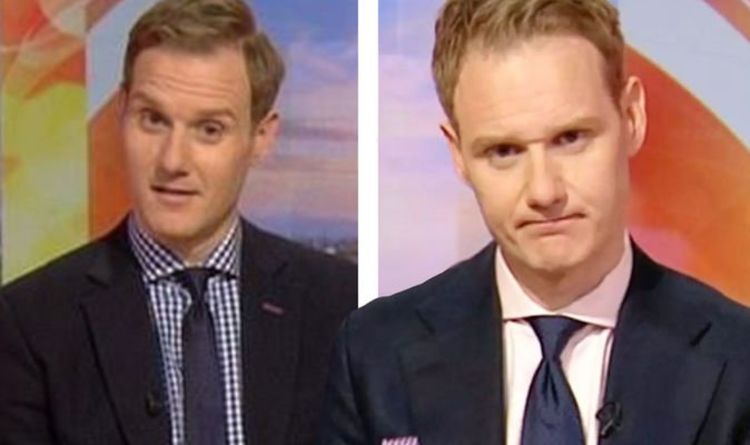 Dan Walker, 43, had to explain himself after trolls criticised him for a tweet regarding 22-year-old Manchester United player Marcus Rashford. The BBC Breakfast star intended to make a light-hearted joke, poking fun at those who had a problem with the footballer’s political involvement, but it appeared to backfire leaving Dan “struggling” to comprehend how they missed the point.

Rashford recently received an MBE for his role in campaigning for the government to allow about 1.3 million children to claim free school meal vouchers in England’s summer holidays during the coronavirus pandemic.

His efforts are widely appreciated by millions, but it appears a select few didn’t appreciate the magnitude of his actions.

Dan, being a big supporter of Rashford both in football and in the political arena, took Tuesday night’s game against Paris Saint-Germain as an opportunity to poke fun at those who were sceptical about his political stance.

Taking to Twitter, the BBC host sarcastically wrote: “If Marcus Rashford was to ‘stick to football’… he would have a decent career,” he typed with a wink face.

And while many understood the gist of the joke, others weren’t so pleased.

“That’s not funny. Delete please,” one wrote, while someone else tried to explain on Dan’s behalf.

Another snapped: “Yeah Dan all that charity stuff is overrated.”

It wasn’t long before the Football Focus presenter decided it was best to kill two birds with one stone and instead of reply to each individual, he posted a quick explanation outlining his sarcastic intentions.

Someone else joked: “Nearly as bad as trying to end the program early this morning lol.”(sic)

Dan was having quite the morning, after he tried to end BBC Breakfast 45-minutes early, maybe a little too optimistic that it was time to go home.

It was down to his co-star Louise Minchin, who had to step in and remind him that they still had more of the show to go.

Dan turned to viewers and said: “That’s it for,” before realising what the time was.