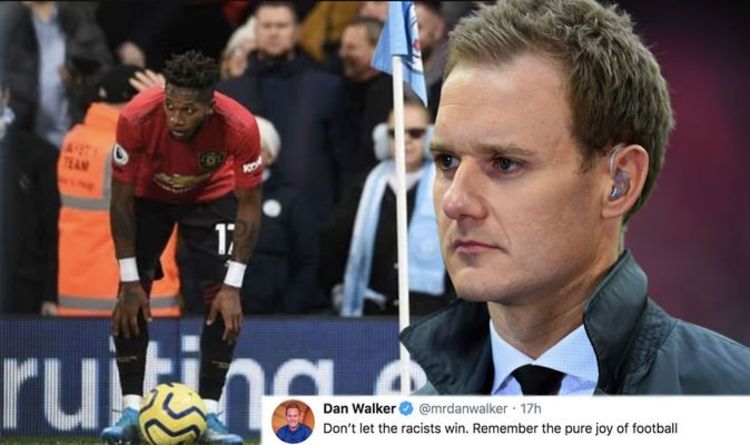 After the match, the 26-year-old Brazilian midfielder said: “On the field, I didn’t see anything.

“I saw it only in the locker room afterwards. The guys showed me. [A man] even threw a lighter and it hit me,” he explained, after viewers of the match watched him clutch the back of his neck where an object that was thrown from the crowd, hit him.

Manchester United won 2-1, but Fred said the alleged incidents on Saturday showed “we are still in a backward society.”

Dan was one of many celebrities to speak out about the incident that has been widely reported in the news over the weekend.

BBC Breakfast airs weekdays at 6am on BBC.

ByErin Silvia Willow Smith took to Instagram to share an eye-catching photo of herself doing an impressive yoga move while outside on a mat and...
Read more
Celebrity

ByStephanie Webber Sweet potato pie is a staple for Anthony Anderson’s family — and not just over the holidays. “I grew up eating it every holiday...
Read more