Dan Walker issues warning to guest over risque appearance on BBC Breakfast: ‘Put it away’ 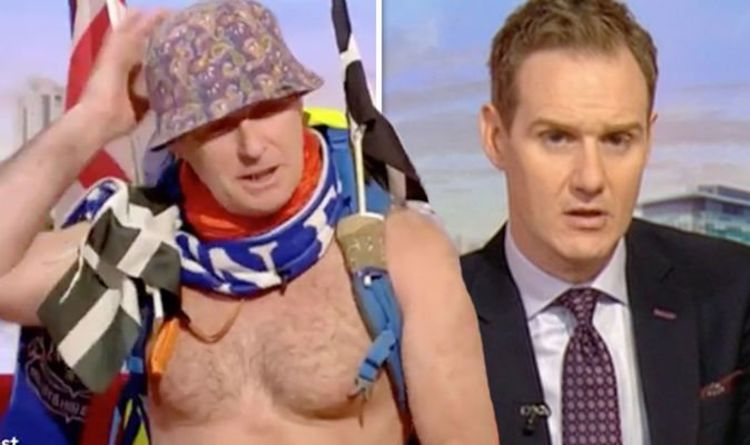 Speedo Mick explained he did have doubts about carrying on whether the weather was at its worst, but public support spurred him on.

Speaking at the time, he told the show: “I’m having a good laugh doing it… It’s unbelievable for a man in his pants.”

On his website, the fundraiser said of his decision to embark on such a trek: “For a long time, I was in need of that very same help and support that I am now offering to others.

“I have been a homeless person you see in the shop doorway, the addict, the alcoholic, the hopeless case that had made so many bad decisions that there was surely no way back.