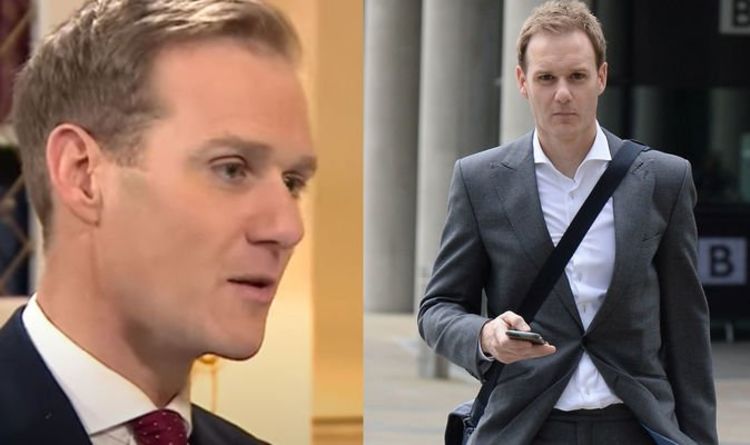 Today, Dan decided to speak up about the situation on his Twitter and Instagram pages as he claimed he’s had enough of “the shaming”.

Alongside a picture of his dog, the journalist wrote to his 659,000 Twitter followers: “I don’t know about you but I’m tired of the shouting, the pontificating, the shaming, the threats, the whataboutery and the violence.

“Do to others as you would have them do to you,” he added.

This comes after Strictly Come Dancing‘s 2018 winner Stacey Dooley, 33, similarly shared how her heart was “breaking” after the Mayor of London, Sadiq Khan, 49, shared one of the violent videos which emerged online last night.

It came as the mayor shared a video with the caption: “Everyone who intended to come to BLM protests today but didn’t has reduced the risk of confrontation with these extreme right-wingers, and the spread of COVID19,” to his one million Twitter followers.

He continued to write: “To those in Parliament Square: to prevent further violence and the spread of the virus in our city, please leave now.”

Shortly after Stacey saw the video with her own eyes, the BBC documentary film-maker expressed her thoughts with her 341,000 followers on Twitter.

The BBC favourite shared the Mayor’s statement and additionally announced: “My heart is actually breaking.

Stacey continued to update her followers with more footage of the violence in another tweet which read: “They are behaving like this because black people want equality in 2020.”

However, one Twitter user hit back by replying: “No they’re not these are just thugs.”

Despite their response, the writer persisted to explain her point by adding: “Of course they’re thugs. They’re morons. My point is, imagine feeling deep anger and outrage, because black people, who are sick of being killed, have taken to the streets to exercise their right to protest. They’re pitiful.”

ByDory Jackson Healing on his own terms. Ant Anstead has taken a unique approach to get through his split from estranged wife Christina Anstead.The Wheeler...
Read more
Celebrity

ByJason Brow For the second time within a week, Kelly Osbourne was seen out and about with Griffin Johnson. Here’s the scoop on this TikTok...
Read more
Celebrity

ByJenna Lemoncelli Francia Raisa revealed that she almost crashed her car on the 405 freeway when she got stuck in a ‘dangerous’ Donald Trump rally....
Read more
Celebrity

ByHollywood has lost a star. Broadway and television actress Doreen Montalvo has died at the age of 56 years old, E! News can confirm. In...
Read more
Celebrity

ByJason Brow 2020 wasn’t going to end without inflicting a new ‘The Dress’ on us. This time, it’s Billie Eilish’s shoes, and the ‘Bad Guy’...
Read more