Dancing on Ice: Sam Attwater reveals how trophy inflicted bizarre injury on him 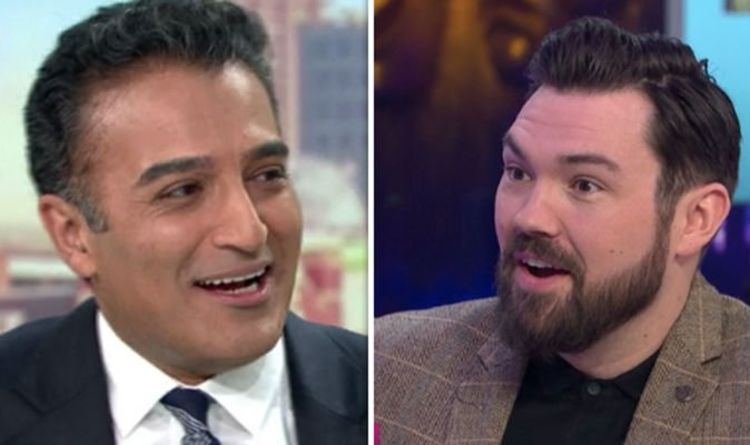 In a frank admission on Good Morning Britain Sam Attwater, who won Dancing on Ice in 2011, relayed how taking part in the reality show left him injured but in an unconventional and strange way, one which provoked a couple of intimate questions.

Actor Sam Attwater, who played Leon Small in EastEnders, won the sixth series of Dancing on Ice in 2011.

This was the classic Dancing on Ice series which featured rapper and two-hit wonder Vanilla Ice, leading to the sight of Ice on ice in Dancing on Ice.

In the final Sam beat TV presenter Laura Hamilton, and also managed to avoid any injuries.

However, Sam could not escape the Dancing on Ice injury curse forever.

While discussing the show on Good Morning Britain, co-presenter Adil Ray inquired about a knock he had heard Sam had suffered, saying: “So you didn’t have an injury on the show but I’m told you’ve had an injury fairly recently.”

As Sam appeared a little baffled, co-presenter Charlotte Hawkins chipped in to jog his memory: “Concerning the trophy?”

Sam’s memory, and another part of his body, was very much jogged by this.

Sam admitted that he hadn’t rested on his laurels, but had fallen on them, from a ladder: “Yeah, a trophy injury. Literally pierced me.”

Concerned for his guest’s welfare, Adil asked if it had been serious and required emergency attention: “Did you have to go to hospital?”

When Sam replied it was just a wound, Adil asked: “Who touched you up?”

Sam paused for a moment, cleared his throat, and explained how the injury was tended: “Well, no-one touched me up… but it was sorted…”