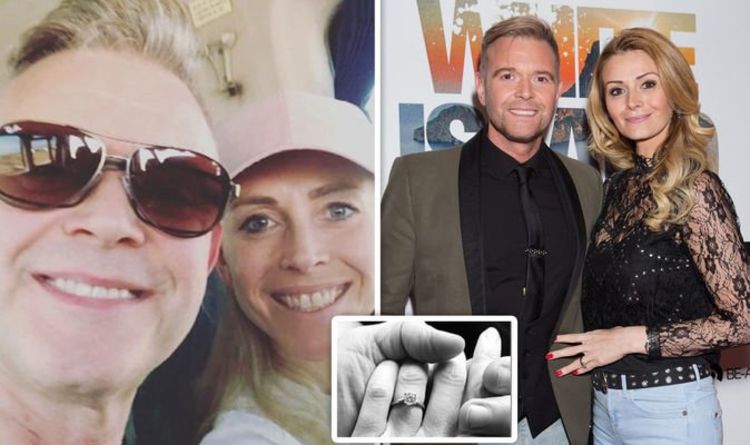 The couple said they had separated in October 2018, just over 12 months after renewing their vows.

Darren and Steph married in 2007 at Comlongon Castle in Dumfries, Scotland, and share children Madison and Dalton.

In June 2017, the former couple renewed their vows in a lavish ceremony at the same venue.

Speaking about their big day at the time, Steph gushed: “To stand with Darren ten years on, I’m not just proud of him as my husband, but of his sobriety and his strength.”

"I’m waiting for somebody to tap me on the shoulder and go, 'Oh, sorry, we’ve got this all wrong, you are not allowed to...
Read more
Celebrity

Ryan Shea Rebel Wilson’s slimmed down figure looked absolutely stunning in a gorgeous number that she showed off while backstage at a legendary TV show!Is...
Read more
Celebrity

Emily Selleck Having announced their separation less than two years after tying the knot, we’re looking back at the timeline of Christina and Ant Anstead’s...
Read more
Celebrity