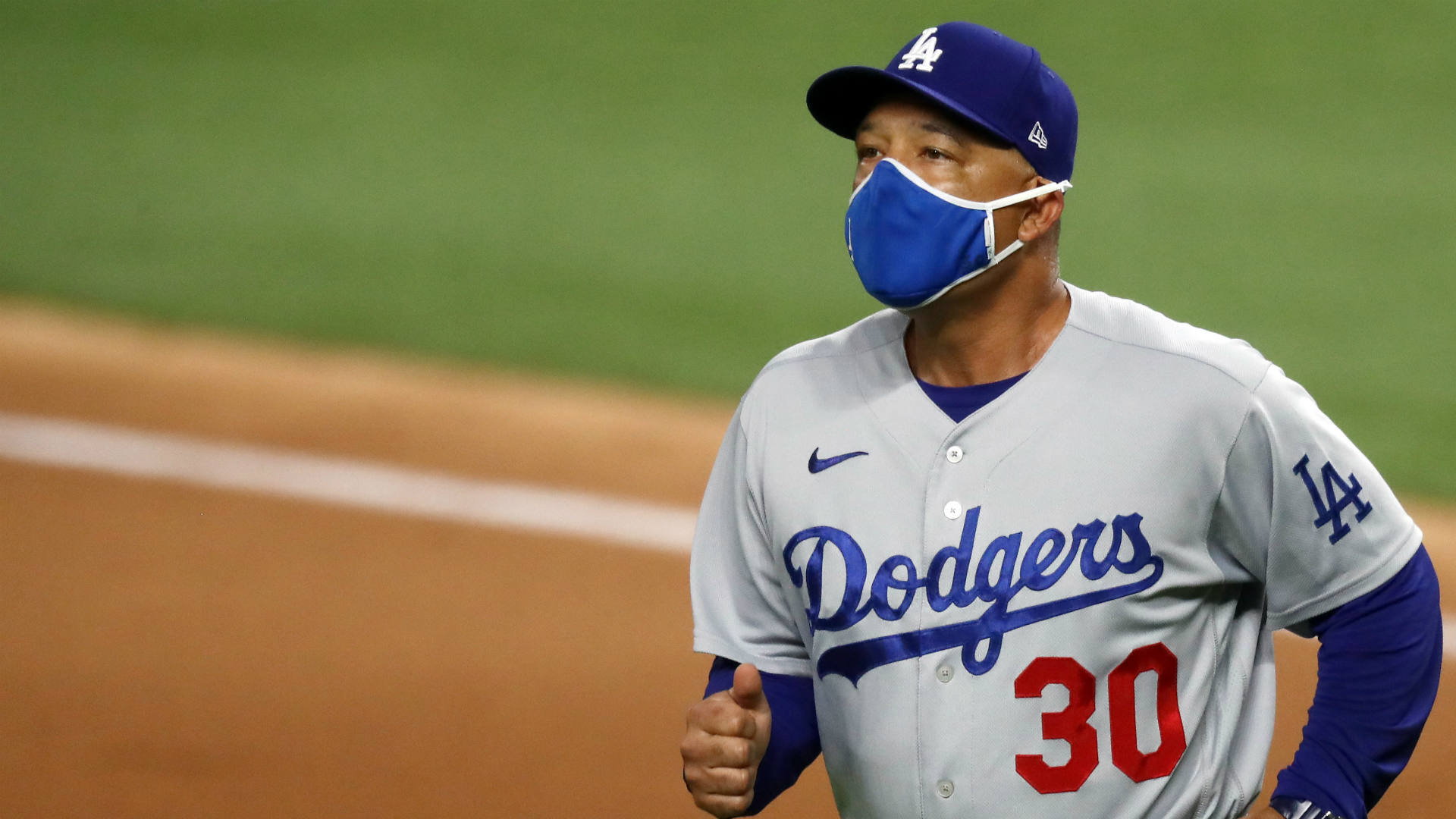 The first batter Pedro Baez faced out of the Dodgers’ bullpen Saturday hit a three-run home run. Baez retired the next two batters he faced and retreated to Los Angeles’ dugout, no longer leading by two and instead trailing by one.

Dodgers manager Dave Roberts approached Baez and told him his night was done. But then the Dodgers took the lead back, and Roberts reversed that decision and chose to stick with Baez. An inning after allowing a go-ahead home run to lefty Brandon Lowe, Baez allowed a game-tying home run to Kevin Kiermaier in the seventh before getting a double play to escape with the game still tied. The Dodgers went on to lose by a single run, 8-7, in the ninth.

MORE: The heroes and goats of Game 4’s final play

Roberts admitted afterward that he’d told Baez his night was done, only to change his mind when Joc Pederson delivered a go-ahead two-run single. Baez doesn’t appear to have spoken to reporters after the game.

Dave Roberts said he takes the blame for sending Pedro Báez back for the seventh inning. He had told Báez he was done after the sixth, but changed his mind when the Dodgers took the lead.

The handling of the Dodgers’ bullpen has been a question mark beside Roberts’ name throughout the postseason. It started with Kenley Jansen, the all-time leading saves-getter in LA history. He has lost a tick on his cutter and hasn’t been a sure thing anymore (his blown save Saturday night was a World Series-record fourth career blown save).

Some have wondered about Roberts’ usage of Dustin May in Game 7 of the NLCS and Game 2 of the World Series, too, using an explosive starting pitcher in unusual-for-May short outings. The Dodgers’ bullpen usage has come under fire in the past, too, most notably in 2019, when Roberts left Clayton Kershaw in for what some would argue was two batters (and two home runs) too long in relief.

Roberts will likely hope that Kershaw pitches six innings (or more) again in Game 5 after his one-run allowed, six-inning outing in LA’s Game 1 win. Jansen has pitched two days in a row and would likely only be available in an emergency. Hard-throwing righty Blake Treinen has also thrown in consecutive games for LA. The Dodgers have a deep enough bullpen to overcome a couple players resting in a pivotal Game 5, but there’ll be more scrutiny on Roberts’ bullpen calls in a less scripted game.

Baez could be available again in Game 5 after resting for multiple days before throwing 26 pitches in Game 4. He has been with the Dodgers since 2014 and witnessed all of LA’s recent failures to complete the job in the postseason. For Baez to be at his best in Game 5, it’d help if Roberts gives him the correct directions.

ByAt least four of the test events will involve athletes from abroad. They include swimming, gymnastics, diving and volleyball.The postponed Tokyo Olympics are getting...
Read more