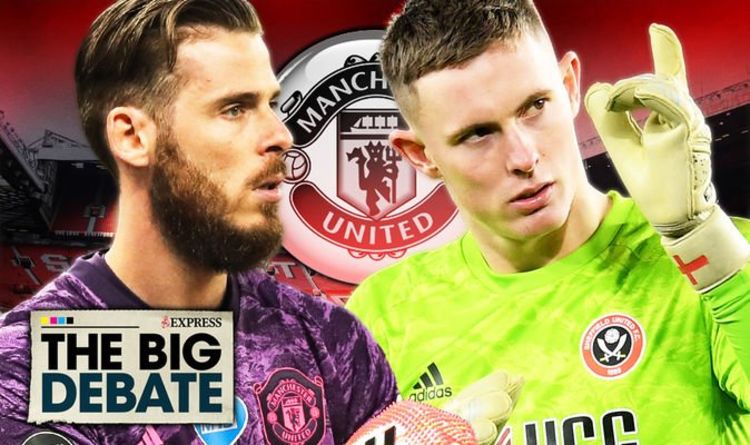 Dean Henderson has had a brilliant season and is clearly going to be a top goalkeeper. But for all his evident confidence, he is not better equipped to be Manchester United’s no. 1 than the man who has been in Spain’s net for the last six years.

Or, for that matter, somebody who has kept goal 96 times for Argentina, because Sergio Romero may feel he has a say in this too.

Being an impressive goalkeeper with a small club does not automatically mean you can play in the spotlight of the big six. Richard Wright at Arsenal, Chris Kirkland at Liverpool, Marc Bosnich at Manchester United. All made their names at unfashionable clubs but failed to build on that when they hit the big time.

Building a goalkeeper takes time, generally, and with the right career path Henderson could become one of the best.

Manchester City signed a young goalkeeper from Shrewsbury, sent him on loan, gave him a spell in the first team and then sent him on loan again and only after that was Joe Hart considered of the required standard.

Henderson should bide his time. He may one day be a great United goalkeeper, but next season is still too early for him. De Gea ia allowed a few more clangers like the one against Spurs before he should be made to fear for his place.

Dean Henderson. He has proven himself at Sheffield United this season where he has been an important figure in the club’s overachievements after promotion.

You cannot judge a keeper on one moment – and it would be unfair to judge David De Gea solely on his howler against Spurs which sent Roy Keane into meltdown – but he does not command the confidence he once did.

Henderson, by contrast, has been a rock for the Blades. His save percentage is higher than De Gea’s this season – 76.4 to 71.5, he has made more per game and he has let in fewer goals overall.

At 23, he looks the part already as an international goalkeeper.

Dean Henderson is evidently on the path to becoming Manchester United’s first-choice goalkeeper – it’s just a matter of when, not if, he usurps David De Gea.

If all the pieces fall into place then a repeat of this season’s arrangements is the ideal outcome for all parties for the next 12 months.

Sheffield United in the Champions League or Europa League would offer Henderson the perfect platform to continue his development so another year on loan at Bramall Lane would make perfect sense.

De Gea would have a season to prove his worth or – at the very worst – drive up his transfer value and attract suitors.

It would also delay a difficult decision for Ole Gunnar Solskjaer.

The United boss’ loyalty towards De Gea is admirable but a changing of the guard between the sticks is on the cards.

Sorry David, but your time is up. Although De Gea still has a robust YouTube reel of his best career saves, he’s no longer what he was.

A few months of bad form is forgivable, but this streak has been going on for a few years now – both before and after his new mega-contract.

As De Gea falls down the Premier League goalkeeper charts – and is probably somewhere between mid-table and the relegation zone in that chart – Henderson has emerged as a superb young talent.

Given the chance, he could be featuring in goal at Old Trafford for a solid decade. He should also be given the No 1 jersey at United because they risk letting him slip through their fingers during the transfer window.

There will be a number of clubs that play in Europe that would jump at the chance of signing Henderson. Why would he wait around?