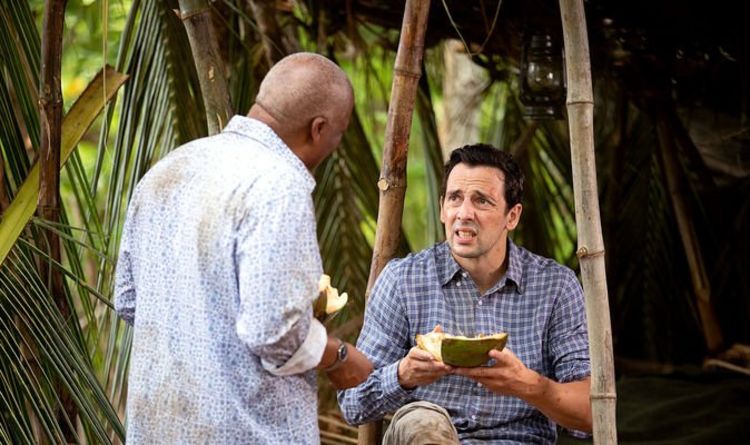 The actor joined the murder mystery series last night as DI Neville Parker and said the long hours and fierce humidity in Guadeloupe make it tough for everyone involved.

But he wants a longer stint than previous stars like Kris Marshall and Ardal O’Hanlon, who each stayed three years in the lead role.

Ralf, who plays the fourth British detective to find himself investigating murders on the fictional Saint Marie, said: “I mean, my missus might have an opinion on this, but I’d be happy doing it for 20 years.”

“I have to say, I slightly irritated everybody… I arrive and I’m like, ‘Hey, how great is this? Aren’t we lucky. Aren’t we the luckiest people in the world?’

“It’s hard because it’s hot and it’s long hours and it’s a physically demanding and mentally demanding thing to do. And, you’re away from home a lot.

“But you know, I’ve got no kids, no responsibilities. My girlfriend’s American, so I’m often in the States anyway. So, I don’t get home sick. I’m used to it. And so, life-wise, I’m strategically in the perfect position to do the show.

“It’s very difficult to convince people that it’s not just the biggest party ever. But, you know, it’s not – it’s hard work.

Referring to the enthusiastic reaction to his appointment, Ralf hinted this could be the part that people remember him for, as well as playing teenager Anthony in The Royle Family.

He told the Series Linked podcast: “The Royle Family? I wouldn’t change it for all the money in the world. But it was 20 years ago. I’m about to turn 40 and… this is really exciting for me because it feels like the start of a new chapter.”

But the actor says his confidence has waned as he has aged.

●Full interview with Ralf on the Series Linked podcast, out now.