Death in Paradise season 9: How does Ardal O'Hanlon handle the heat? 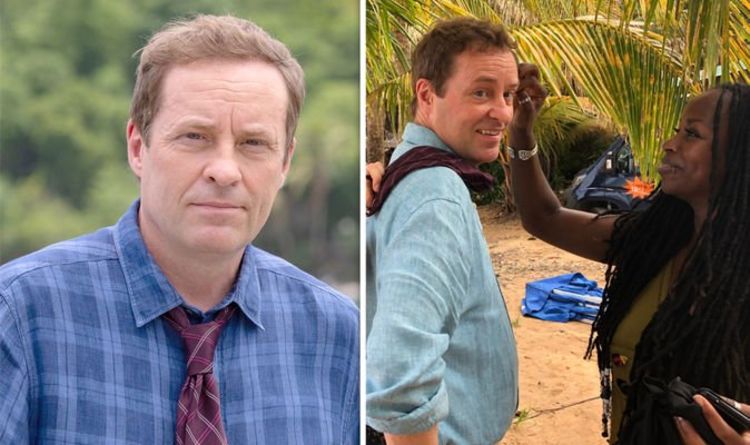 In a statement, O’Hanlon said: “I’ve spent the last four summers in Guadeloupe playing DI Jack Mooney (solving over 20 murder cases in my time there!).

“It’s been a hugely rewarding and unforgettable experience, working with incredibly talented actors, directors and crew while discovering a magical part of the world.

“However, it’s time to move on and explore other opportunities – preferably nearer the Arctic Circle.

“I’m confident that Death in Paradise will go from strength to strength and viewers will share my enthusiasm for Jack’s successor!’

He’s going to be replaced by The Royale Family actor Ralf Little, who is going to be playing new detective Neville Parker.

There will be a handing over of the baton by O’Hanlon halfway through the season when Little will be making his debut.

Death in Paradise season 9 will be starting on BBC One on Thursday, January 9 at 9pm