Death in Paradise’s new detective Ralf Little opens up on... 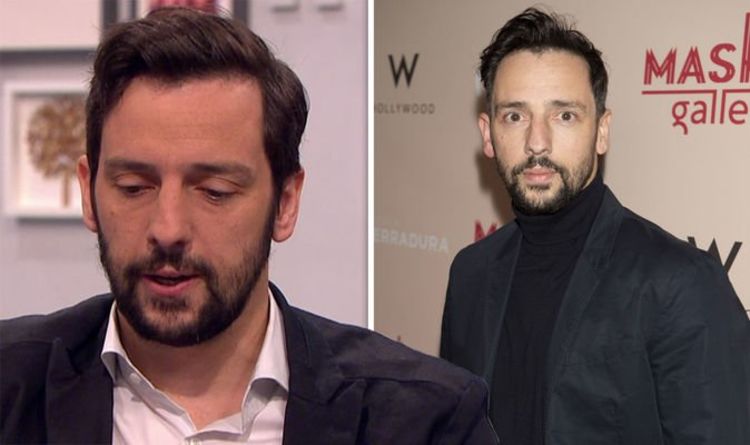 Ralf Little, 40, has opened up on the “anxiety” surrounding the demand for future seasons of Death in Paradise. The English actor recently joined the ninth series of the BBC show as Detective Inspector Neville Parker.

The TV star, who is the fourth actor to take on the lead role, admitted feeling a little overwhelmed after a fan threw their support behind him appearing in season ten – before the entire current season has aired.

On Tuesday, Ralf received a message of support from a fan, who wrote: “@RalfLittle absolutely hooked on Neville.

“The interaction with Selwyn is brilliant.. can’t wait for the next season.

“I’m sticking up for you on the death in paradise group! Lol.”(sic)

READ MORE: Death in Paradise: ‘I’ll give them no choice’ Ralf Little’s demand for new series

The actor then took to his Twitter profile to let his 232,000 followers know the tweet was anxiety-provoking, despite the viewer meaning well.

He wrote: “For those of you not in the entertainment industry, this is the kind of well-intentioned tweet that is extremely anxiety-inducing!”

However, he was quick to follow up the tweet with a message to the fan explaining that he “appreciates it nonetheless”.

Fans of the star were quick to flood him with messages of support.

The admission comes after Ralf revealed plans to be the first of the detectives to take on the role as a “ripped” heartthrob.

Speaking to the Metro, he said: “There may be a scene that they write where it’s like, ‘Oh Neville’s having a shower’, and then he sees Harry and he runs out of the shower.

“What I want to happen on the day of shooting, when they go, ‘Okay, can you…?’

“I’ll just take my T-shirt off and they’ll go, ‘Wait a second. Why are you ripped?’”