Debate moderator Chris Wallace: 'I'm going to have to get a test' 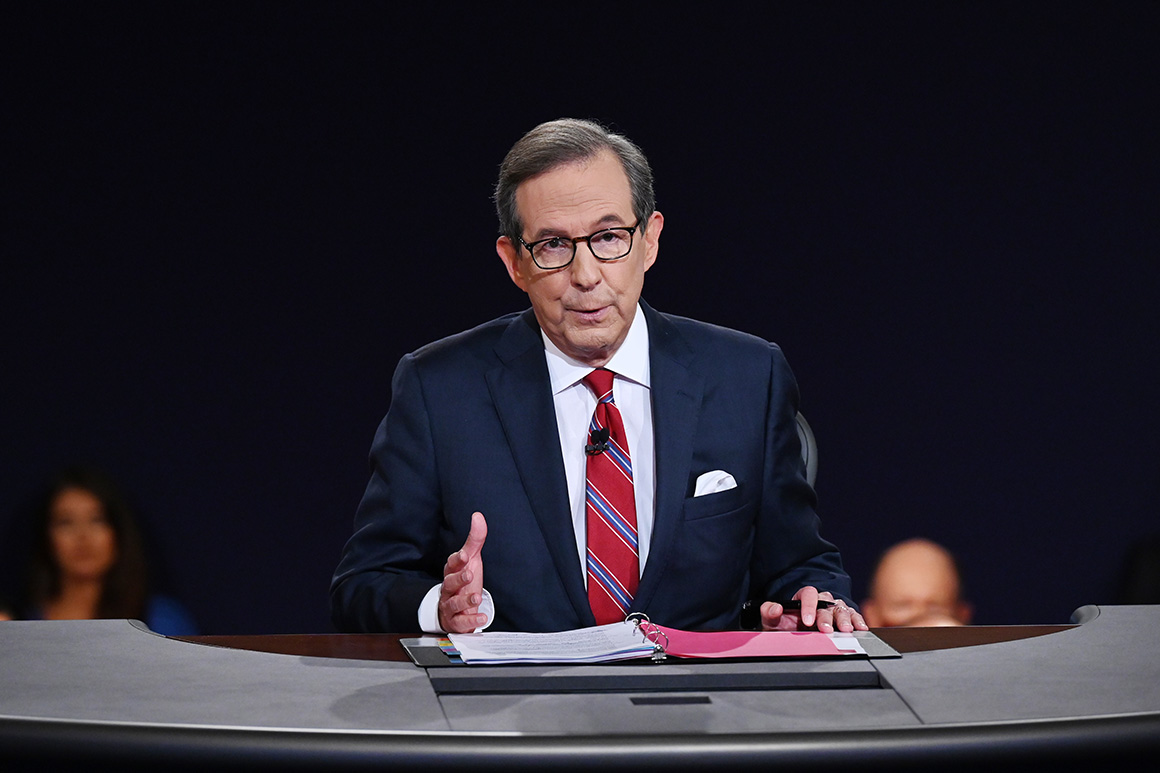 The candidates’ podiums and the moderator’s desk were all many feet apart. Wallace said Friday that “what you saw on the TV is the closest I got to the president” during the debate.

Although Biden shared a brief exchange with Wallace after the debate finished, Wallace said he did not interact with Trump.

“He never approached me at the end of the debate,” Wallace said. “Vice President Biden did briefly to basically — I’m trying to remember the exact words. Basically, to say, ‘I bet you didn’t know you had signed up for this.'”

Trump repeatedly bulldozed through Wallace’s questions and Biden’s responses Tuesday, resulting in the nonpartisan commission responsible for organizing the debates announcing Wednesday that “additional tools” would be made available “to maintain order” at future forums.

Wallace revealed Friday all debate attendees were administered a Covid-19 nasal swab test staff by the Cleveland Clinic, which hosted the event, “so everybody that was in that hall had tested negative.”

Wallace also pointed out that multiple members of the president’s entourage at the debate declined to wear masks, despite requests from Cleveland Clinic staff.

“Certainly there was no sign during the debate of any problems with the president, in terms of his health,” Wallace said. “But it is worth noting that the different people treated the safety rules inside the hall differently.”