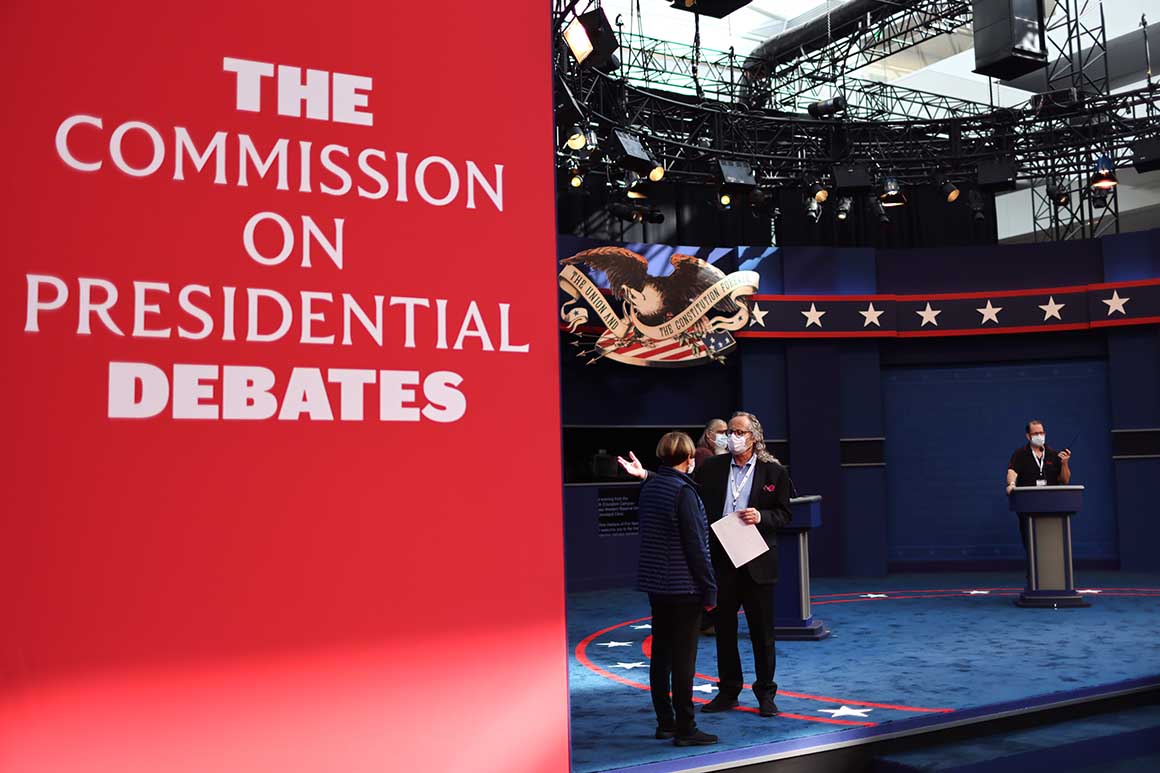 “They’re important, but not decisive,” said Bill Richardson, the former New Mexico governor who shared a debate stage with Biden in the Democratic primaries in 2008. “There are very few undecideds left.”

Make-or-break debates are the exception, not the rule — and the fallout is most often fleeting.

Take the first debate in 2012 between President Barack Obama and Mitt Romney, which raised alarms for Democrats after Obama appeared flat-footed and disengaged. Right after the debate, Romney ticked up in public opinion polls.

All eyes were on President Trump’s pick for the Supreme Court. Then, The New York Times released a bombshell on Sunday showing that Trump has paid next to nothing in federal income taxes in recent years.

“For about five or six news cycles, the race tightened,” said Kevin Madden, who was a senior adviser to Romney. “But then it reverted to its normal trend.”

Looking forward to the debate on Tuesday, he said, “I think if you’re looking for it to radically alter the fundamentals of the race, we are overhyping it … In a Trump news cycle or in the Trump era, within two hours there could be an entire new outrage or an entire new event that is driving a news cycle. So [debates] have even less of an enduring impact.”

He said, “The greater probability is a very stable race will remain stable no matter what happens in the debates.”

The inertia that the Cleveland debate is running up against is overwhelming. Tuesday night’s debate marks the closing five weeks of a race that has been remarkably static — on average, Biden’s lead over Trump has ranged between 4 and 10 points since May 1 — with fewer undecided voters than in the last election. If 90 minutes of television is going to upend the contest, it will have to do what a global pandemic, economic collapse and a historic summer of civil unrest all couldn’t.

“It’s hard to think of a debate other than Nixon in ‘60 that has really swayed the outcome,” said Matt Bennett of the center-left group Third Way. “There can be great moments, you can win debates by acclamation, but they cannot change the outcome.”

Bennett added a caveat. “If something really, really dramatic happens, I guess it could,” he said. “But I mean, that almost never occurs. And both of these guys are pretty experienced at this point.”

This isn’t to say that the debate isn’t significant, especially to Trump, who is running out of time to turn his campaign around. His advisers view the contest as an opportunity for Trump to yoke Biden to more liberal fringes of the Democratic Party in an effort to drag down his support among moderates. Trump’s months-long effort to do that so far has fallen flat. But with millions of viewers expected, the first debate may present his best chance.

Even if Trump is dominant in the debate, the firehose of news in the Trump era — much of it of his own creation — may quickly sap any momentum the president gains. Supreme Court confirmation hearings are on the horizon and the coronavirus pandemic continues to rage. Trump has had little success stringing together even a few days in which he is not on the defensive, and there are signs that is unlikely to change. Just one example: The New York Times said in its bombshell report on Trump’s taxes on Sunday that “additional articles will be published in the coming weeks.”

There are few voters who have yet to decide between Trump and BIden, polls show. According to a new POLITICO/Morning Consult poll, conducted just before the debate, 86 percent of voters said their mind was made up about for whom they will vote, while just 14 percent said they could change their mind. Among Biden voters, 93 percent say their minds are made up, while 89 percent of Trump voters say they won’t change their minds.

One thing both candidates can count on: a large audience. More than seven-in-10 voters, 71 percent, say they plan to watch some or all of the upcoming debates. But most of them — half of all voters overall — say they don’t expect the debates to have an impact on their vote. Only 21 percent of all voters said the debates will have an impact on their vote.

That comes close to matching the 29 percent of voters in an NBC News/Wall Street Journal poll this month who said the upcoming debates would be “extremely” or “quite” important to their votes for president — the lowest mark those pollsters have recorded for an election going back to 2000. A combined 71 percent said the debates would be “just somewhat important” or “not at all important.”

And even among voters who care about the debate, polls suggest many have likely already made up their minds. In the swing states of Florida and Pennsylvania, the Quinnipiac Poll puts undecided voters at 5 percent and 3 percent, respectively. Given the relatively low number of undecided voters, Doug Schwartz, associate vice president and director of the Quinnipiac University Poll, said in an email, “the potential for the debate to influence the race is limited.”

The true significance of the debate will likely come at the margins of the contest. Though the sliver of voters who are undecided is small, the race in some battleground states remains within the margin of error — where even a small swing in the electorate could prove significant.

If the candidates don’t win over new voters, a debate can be significant for hardening the support of voters who are already inclined to back them. Casual Biden supporters who have heard Trump portray Biden as doddering and unable to perform without a teleprompter will be able to evaluate him for themselves in a high-pressure situation. The same combative, filter-less setting may remind Trump supporters why they were excited about him four years ago.

In addition, the debate will provide new fodder to both campaigns and outside groups for use in ads and fundraising appeals.

“I think that it matters for things like enthusiasm and getting people to vote,” said Mathew Littman, a former Biden speechwriter.

For that reason, the debates may function as something of a Rorschach Test. Voters expect their preferred candidate to perform best in Tuesday night’s debate, according to the POLITICO/Morning Consult poll. Overall, 44 percent of voters expect Biden to perform better on Tuesday, while 41 percent think Trump will perform better. But 88 percent of Biden voters think he’ll be the better debater, and 90 percent of Trump voters think the president will get the best of Biden.

Part of the president’s lowering of expectations for his opponent has centered around accusations that Biden, 77, has suffered from intellectual decline. But more voters in the POLITICO/Morning Consult poll say they agree that Biden is “mentally fit” (53 percent) than say the same about Trump (49 percent). Trump, however, rates better on whether each candidate is “in good health”: 56 percent agree that the president is in good health, but just 46 percent agree Biden is.

The POLITICO/Morning Consult poll was conducted Sept. 25-27, surveying 1,991 registered voters. The margin of error is plus or minus 2 percentage points.