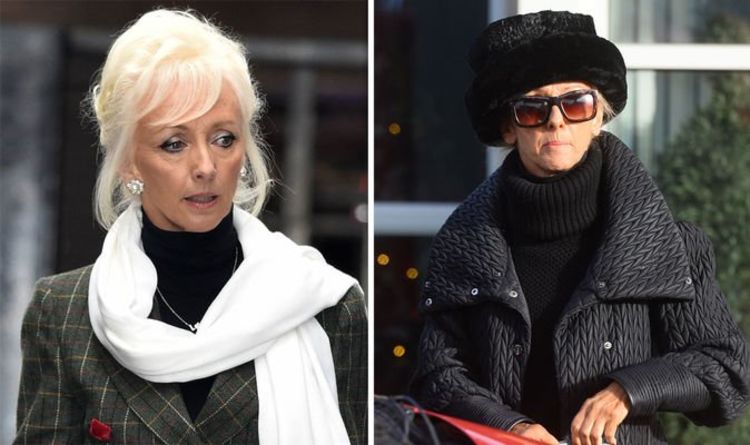 Former Strictly Come Dancing contestant Debbie McGee, 61, admitted she was on a “fine line” with radio producers after she accidentally made a “rude” confession whilst on-air on BBC Radio Berkshire. Speaking about a present she once received from her late husband Paul Daniels, Debbie revealed he once gave her a blow-up six-foot polar bear.

She told co-host Julian Perkins: “He was a practical joker. He once, before we were married, gave me a birthday present at the BBC rehearsal room, it was a six-foot toy polar bear.

“So I drove back to my flat in Surbiton in my little Ford Fiesta with the polar bear sitting behind me and it never occurred to me, until I pulled up at the traffic lights,

that people were giving me funny looks and of course, it was [because of] my polar bear.”

Things quickly took a turn for the presenter after she revealed what she would have preferred to receive as an alternative to the gift her husband selected.

“You could’ve bought something better than a skeleton, a blow-up doll or something”, she said before being met with an eruption of laughter from Julian.

“That just made Julian’s eyes pop out of his head.”

Her co-host’s hilarious reaction prompted her to clarify that she “wasn’t being rude” before Julian chimed in: “No, well not intentionally anyway.”

Giggling at the crude gaffe, Debbie joked that she was on thin ice with the show producers after the slip.

A confused Debbie responded: “I was thinking I was being quiet.”

He replied: “It was coming out on air young lady, honestly.”

An amused Julian took the light-hearted joke well as he teased that he “isn’t complaining”.