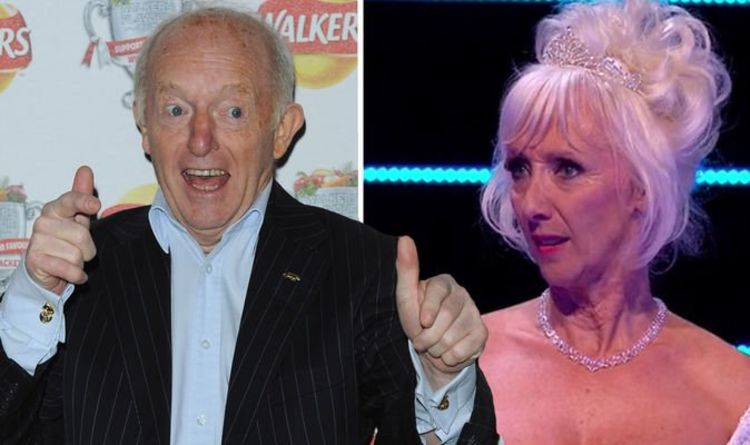 “So, he came up to Norwich and he knew the stage manager so they were in cahoots and he hid in a box for an hour and a half!” She giggled.

The audience couldn’t believe Paul’s dedication to surprising his wife, having to crumple himself into a box for that amount of time.

And, it’s safe to say, Debbie definitely wasn’t expecting to see her husband.

“When I opened the door, out stepped Paul and that would have been a surprise anyway, but the fact that I thought he was in Germany – I jumped about six feet in the air!” she laughed, as the studio erupted.

By Us Weekly Staff Missing shirts, anyone? From Miley Cyrus to Jennifer Aniston to Lauren Conrad, many celebs have taken the bold choice to pose topless...
Read more