Declan Donnelly: I’m a Celebrity host’s net worth – how much does... 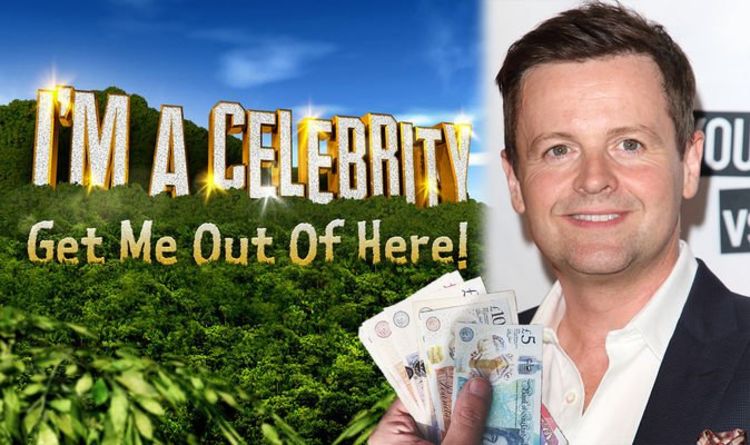 Declan Donnelly is known in the media industry as one of Britain’s most beloved and highest-paid television presenters. Alongside his partner-in-crime Ant McPartlin, he makes up the comedy duo Ant and Dec.

The pair initially found fame together in BBC teen drama Byker Grove – a series about a group of young people who frequent the Byker Grove Youth Centre in Newcastle – before going on to dominate primetime entertainment shows such as Britain’s Got Talent, I’m A Celebrity … Get Me Out Of Here and Saturday Night Takeaway but, what is the celebrity presenter worth?

In 2007, it was rumoured he signed a presenting deal with ITV worth around £40million, however, a more recent deal with the star is estimated to be worth around £30million – if split between himself and Ant.

Ant and Dec are both known to be property investors, they reportedly own properties worth around £10million combined.

Last year, Dec’s counterpart was in the news following his three-car collision in Richmond, London in March.

He was charged with drink-driving and chose to step down from work commitments meaning that Dec hosted the final two episodes of Ant and Dec’s Saturday Night Takeaway and the Britain’s Got Talent live show as a solo presenter.

He then went on to co-host 2018’s I’m A Celebrity … Get Me Out Of Here with Holly Willoughby.

While Dec may have been taking home the same paycheque as his new co-host, it was claimed last year that Holly, 37, was costing ITV a fortune to house her and her family in Australia for the show.

The Mirror reported that it’s cost I’m A Celebrity producers around £63,000 to guarantee she was able to fly out with husband, Dan Baldwin, and their children, Harry, nine, Belle, seven and Chester, four.

Holly was also accompanied by her parents Brian and Linda.

Additionally, ITV were reported to have spent £1,770 a night on a luxury condo in the Palazzo Versace Hotel for Holly and her clan for a total of five weeks during the filming of I’m A Celebrity … Get Me Out Of Here.

In 2009, the popular presenter paired up with Phillip Schofield for the first time and they became the regular hosts of the reality ice-skating show, Dancing on Ice.

She has been a team captain on Celebrity Juice and a host of The Voice and The Xtra Factor which will have added to her huge fortune.

Holly became a star of daytime TV when she joined Phillip as a main presenter on This Morning; it was reported in 2017 she bagged £600,000 a year for the job.

In 2018, Holly scooped an eye-watering £2.5million when she stepped in for Ant McPartlin on I’m A Celbrity… Get Me Out Of Here!.

She has also topped up her bank balance with ambassador deals with Diet Coke, Marks & Spencers and Garnier.

bank, Celebrity, Declan Donnelly, host's, how much, I’m, worth