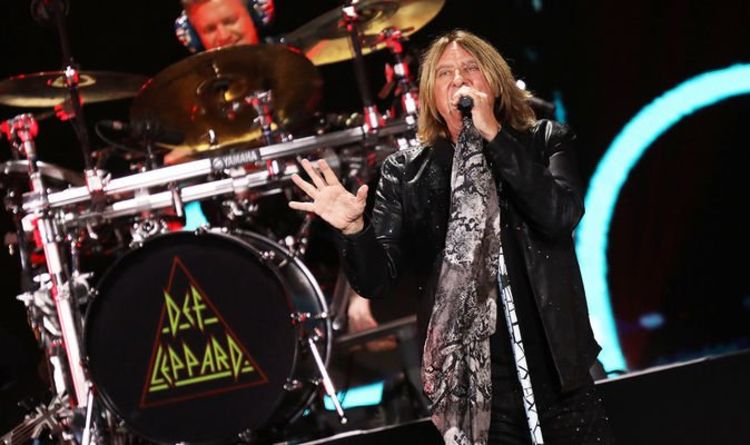 The iconic rock band have been through a lot over the last four decades, including selling over 100 million records worldwide. But it’s been five years since Def Leppard’s self-titled last studio album. And now Joe Elliott has give an update on what’s next for the band in an exclusive interview.

Speaking from lockdown at his home in Ireland, the 60-year-old admitted he’d been “getting on with stuff I wouldn’t normally have time to get on with.”

As for Def Leppard’s new album, the singer teased: “It’s always a possibility. The one thing about this band is it never stops working, even when we’re not visible.

“We are always doing something, we’re always writing, we keep in touch with each other regarding putting new ideas together.

“It is very possible that something may occur during this lockdown. We’ve got nothing concrete, we’ll just have to see how it goes.”

However, Elliott did reveal: “We’ve got a lot of historical stuff that’s kinda been sat on the shelf gathering dust that we’re starting to dust down now and say, ‘Now’s the time to start tiding this lot up’.

“So there’s a lot of current work going on right now, whether writing new stuff or tiding up old stuff.

“One day we will make another record and it will be a furthering of our story.”

In the meantime, Def Leppard: London To Vegas has been released, bringing together two of the band’s most recent concerts in film and audio formats.

Six months later Def Leppard played their Las Vegas residency, where they covered the band’s biggest hits, including tracks they hadn’t performed live before or in a very long time.

Elliot said of Vegas: “Thirty years ago it had a reputation of being an elephant’s graveyard, for stars like Sinatra to play out their autumn years.

“But over the last ten years it’s reinvented itself with residencies by The Who, Prince, Aerosmith, Kiss – it went very rock and roll.

“Putting the two concerts together felt like the right thing to do because you get the two contrasting sets.”