Dementia: Do your gums look like this? It could increase risk of progressive condition 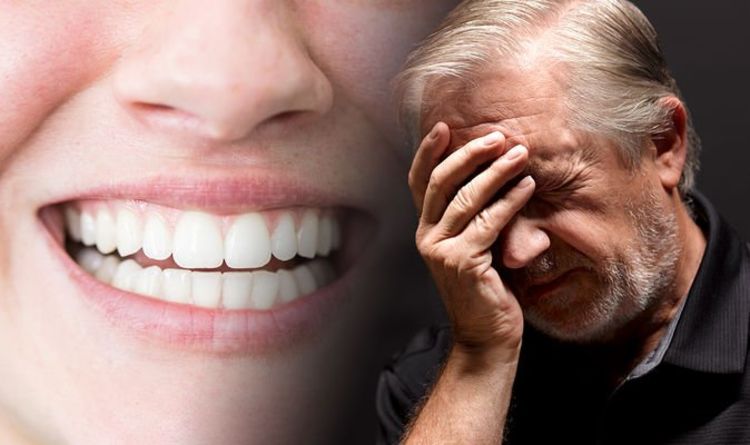 Dementia is the name given to a group of symptoms linked to an ongoing decline in brain function. Scientists have now discovered a possible link between a person’s gums and their risk of developing the condition.

“They found those with severe gum disease had a slightly increased risk of developing memory problems, but this link does not mean gum disease is a cause of dementia.

“Dementia is complex with strong evidence indicating that factors other than gum disease are also central to the development of the condition.

“However, maintaining good dental health is an important part of maintaining a healthy lifestyle throughout your life.

“With one in three people born today expected to develop dementia in their lifetime, now is the time to see further investment from the government in dementia research to change this picture.

“By understanding any potential risk factors underlying dementia, we stand a greater chance of being able to reduce the number of people developing the condition.”

“In a paper that now features in the Journal of the American Geriatrics Society, the researchers describe how they found a modest link between severe gum disease and dementia, which is consistent with some previous studies.

“The researchers also point out that their ‘retrospective cohort study’ is likely the first to establish that lifestyle factors, such as alcohol consumption, smoking, and exercise, did not appear to have any effect on the connection.”

Statistics reveal that more than eight in 10 men survive more than 10 years after a prostate cancer diagnosis and, if caught early, prostate...
Read more
Health

Losing your hair could be caused by a number of different conditions, said the NHS. Stress, weight loss, or even an iron deficiency can lead...
Read more
Health