Demi Rose flaunts derriere in thong bikini after speaking of... 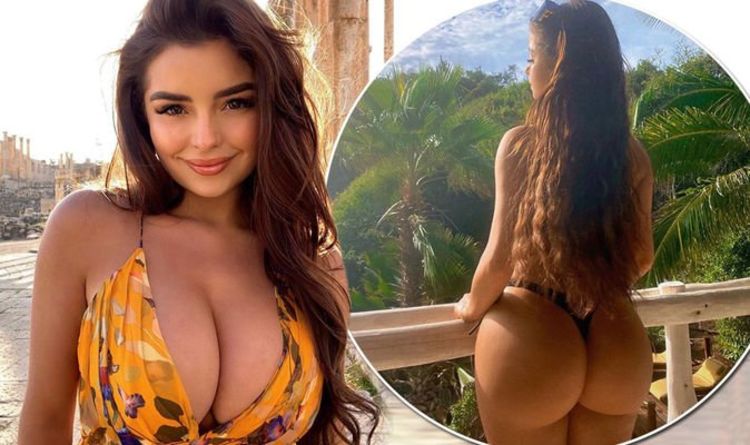 Demi Rose, 24, kicked off the new year as only she could, by sharing a saucy snap online.

The Instagram star, who boasts 11.8 million followers on the social networking site, marked the start of 2020 with a cheeky picture after reflecting on the past year, which she described as the “hardest year” of her life.

In June this year, the beautiful brunette revealed her mother Christine Mawby had died at the age of 63, just eight months after the death of her father Barrie at 80.

She said she was ready to say goodbye to 2019 and was “excited” for the new year.

Last night, Demi, who is currently on holiday in Mexico, staying at a gorgeous retreat with a private infinity pool and stunning views out to sea, took to Instagram to share a picture of herself with her fans.

In the saucy snap she can be seen in a tiny black thong bikini, looking into the distance at the incredible view.

She wore a pair of sunglasses on her head as her long dark hair tumbled over her shoulders in waves to her bottom.

Her famous derriere was on full display in the skimpy swimwear.

Demi captioned the image: “I don’t need you to find me. You don’t define me.”

The words are lyrics from a song called Confidently Lost by American singer and songwriter Sabrina Claudio, 23.

Instagram users and fans of the star took to the comments section to share their thoughts on the peachy picture.

One user remarked: “Nice view” followed by the fire symbol, while others wrote simply: “WOW” and “Best pic ever.”