Democratic convention takes 'earth-shattering' turn with its focus on race 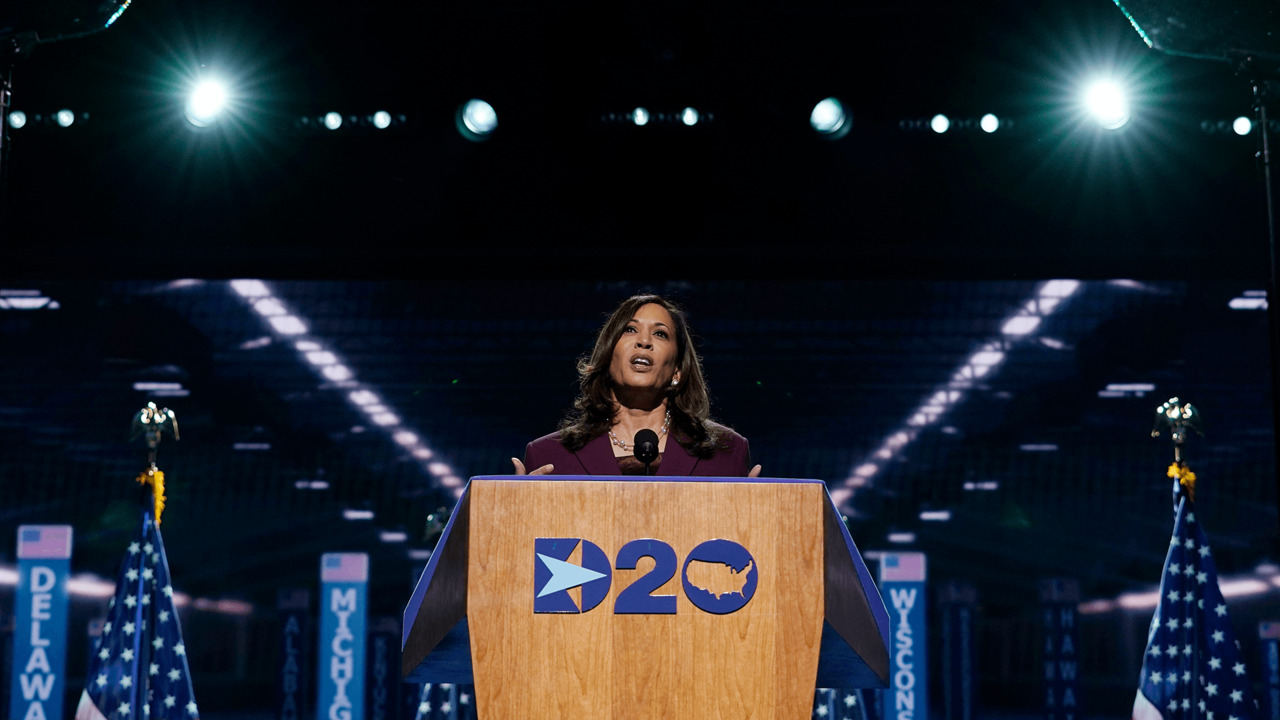 Democrats reckoning with racial injustice and their past role in perpetuating it was a central theme in the party’s presidential primary. But on Wednesday night the party as a whole went farther, with a full-throated acknowledgment of racism and its effects on society that would have been unthinkable at a party convention even four years ago.

The speed at which the Democrats have embraced the movement against racial injustice has been extraordinary.

During the 2016 Democratic primary, candidate Martin O’Malley responded to Black Lives Matter protesters by declaring that “all lives matter,” now viewed by many Democrats as a racially tone deaf slogan, at best. (O’Malley later apologized). Activists had to push and prod Hillary Clinton and Bernie Sanders to get them to utter the words “Black lives matter.” (They eventually did.)

Four years later, Harris spoke about race explicitly and repeatedly. The video montage introducing her to the nation focused on her immigrant background, her attendance at a historically Black college and her membership in the oldest Black sorority, as well as the response by young women of color to her candidacy.

“There is no vaccine for racism,” Harris said.

“While this virus touches us all, let’s be honest, it is not an equal opportunity offender. Black, Latino and indigenous people are suffering and dying disproportionately,” Harris said. “This is not a coincidence. It is the effect of structural racism.”

The structural racism, Harris continued, leads to “injustice in reproductive and maternal health care. In the excessive use of force by police. And in our broader criminal justice system.”

Emmy Ruiz, a former senior aide on Harris’ and Hillary Clinton’s campaigns, said Democrats have become more comfortable talking about race in part because of the president.
“Trump has shined a bright light on problems that have persisted since our country’s origin,” she said. “Democrats are meeting this moment. Not just with our historic ticket but with the policies we are putting forward.”

Alencia Johnson, a former senior campaign aide to Warren, said Harris’ ability to step into the moment with her experience as a Black woman “is giving a lot of people hope and confidence that we can continue to move the party a bit more into a progressive space.”

“For [Harris] to amplify the legacy of historically Black organizations and universities, intertwined with the legacy of the hard work that Black women have done that have gotten us to this moment, was extremely powerful,” said Johnson, herself a member of a Black Greek letter organization. “And to be honest, something only Kamala Harris is uniquely positioned to do as a Black woman.”

Former President Barack Obama, too, acknowledged the festering wounds of racism in his speech.

“If anyone had a right to believe that this democracy did not work, and could not work,” Obama said, it’s “our ancestors.”

“Instead of giving up, they joined together and said somehow, some way, we are going to make this work. We are going to bring those words, in our founding documents, to life,” Obama added. “Americans of all races joining together to declare, in the face of injustice and brutality at the hands of the state, that Black lives matter, no more, but no less, so that no child in this country feels the continuing sting of racism.”

Cornell Belcher, a pollster for Obama’s campaigns, said the new tone for Democrats makes sense politically because the racial justice movement is more popular now than even the Democratic Party. “BLM is mainstream politics now,” he said. Following George Floyd’s killing by a Minneapolis police officer and subsequent protests, said Belcher, “BLM has a higher … rating nationally and in the battlegrounds in polling … than Trump and any establishment Democrats except for Obama.”

“I was in the streets earlier today and everyone who was out there was out there to challenge the system and many of them are very critical of the Democratic Party,” said Abdullah, who took issue with a line in Harris’ speech she viewed as tying the protests to getting out the vote.

Since the Republican Party flipped the South in the aftermath of the civil rights movement, Democrats have been cautious in talking about race partly out of fear of alienating more white voters. Even in 2016, when Clinton acknowledged “systemic racism” in her convention address, she coupled it with a salute to police officers. Her convention featured both the Mothers of the Movement — one of whom said that “Hillary Clinton isn’t afraid to say ‘Black lives matter’” — as well as a moment of silence for police officers killed in the line of duty.

After her defeat, Clinton questioned whether some of her focus on structural racism cost her votes, even as she felt she did the right thing. “I don’t know if my advocacy for the heavily African-American community of Flint alienated white voters in other parts of Michigan, but it certainly didn’t seem to help,” she wrote in “What Happened.”

The combination of Democrats’ reaction to Trump’s presidency, the most diverse presidential field in history, and years more of activism, however, made race impossible to ignore in the 2020 campaign. All the candidates felt compelled to talk about race, not just to appeal to voters of color but to make inroads with white liberals who have dramatically shifted their views in recent years.

Biden was a bit of an outlier in the primary as he did not incorporate as much of the social justice language into his campaign as other candidates but also managed to trounce them with voters of color. Even so, the dramatic shifts in public opinion in recent months seem to have ended any lingering caution about discussing race.

“I remember when President Obama gave his speech, saying that if I had a son, he’d look like Trayvon Martin, and how world-stopping that was at the moment at that time,” said Johnson. But to hear Harris and others say the names of Floyd and other Black men and women killed by police, she said is “almost earth-shattering.”

“At this point, the party literally has no option to ignore this movement,” Johnson said.