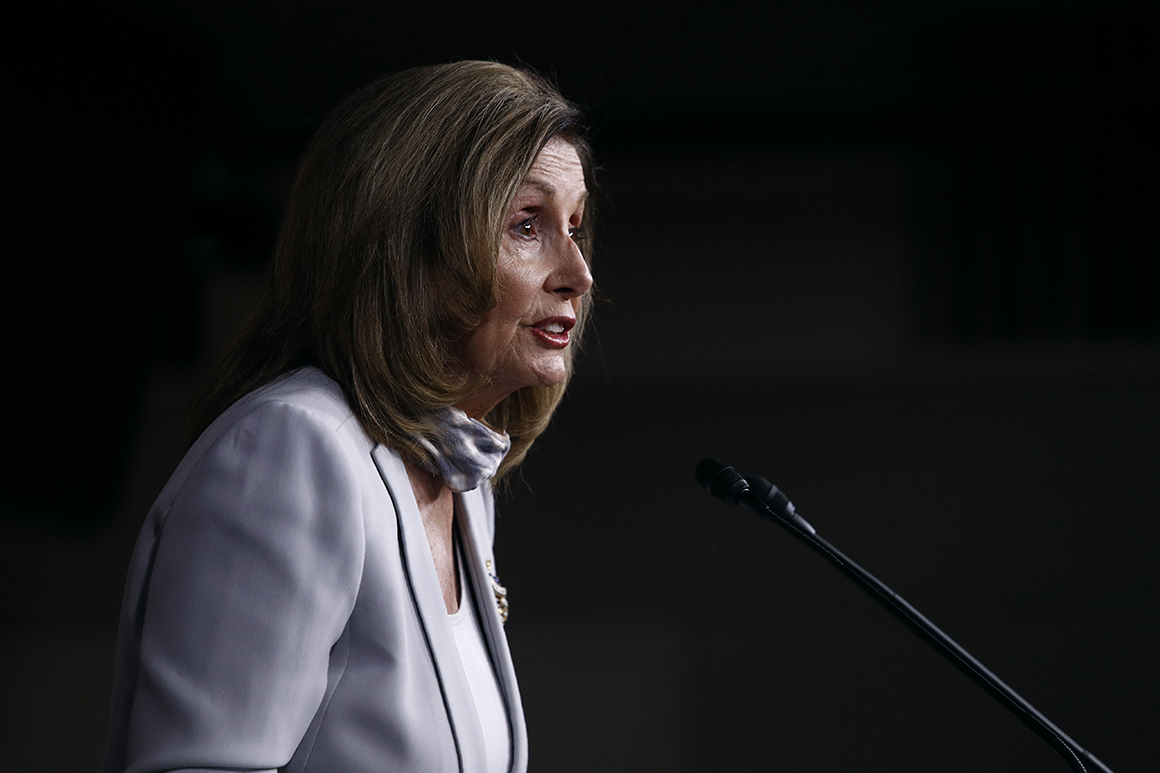 “We want the Postmaster General to undo the damage he has already done, put back the sorting machines and mailboxes he has already removed and prioritize official election mail as First-Class mail, as it previously was,” House Oversight Committee Chairwoman Carolyn Maloney (D-N.Y.) said Friday. “Every member of Congress should support this bill.”

The measure is unlikely to be taken up in the GOP-controlled Senate, where Republicans have repeatedly dismissed Democrats’ efforts as political and unnecessary. The White House has also threatened to veto the bill.

“This is a joke,” said Rep. Tom Cole (R-Okla.), arguing against the bill Saturday. “No legislation is going to happen because my friends aren’t serious about legislation. No money is going to get to the Post Office because it can’t pass the Senate.”

House GOP leadership formally whipped against the legislation, but some Republicans, like New York Rep. John Katko announced they would be breaking with the party to back the bill.

“Slowing of these services would have a disastrous impact on the lives of many Americans. Now is not the time to jeopardize USPS operations or delay services,” Katko, who faces a competitive race for reelection this fall, wrote in a statement ahead of the vote.

Trump has repeatedly railed against the Postal Service and mail-in voting, claiming without any evidence that the process is ripe for fraud. Still, DeJoy, facing immense political pressure, said he would back off some of his planned organizational changes earlier this week and would revisit the ideas after the election to avoid the appearance of impropriety.

House Speaker Nancy Pelosi and other top Democrats dismissed DeJoy’s announcement as “insufficient,” saying he didn’t address the current changes that are significantly hampering delivery of everything from prescription medicine to Social Security payments for seniors.

The Democrats’ push to shore up the Postal Service comes as congressional leaders remain at a standstill over how to take broader action to address a pandemic that has killed nearly 175,000 Americans and continues to force tens of millions to rely on unemployment benefits after losing their jobs.

Meanwhile, popular relief programs — including extra federal unemployment aid and small business grants — have lapsed since the start of August, with frustration mounting on both sides and partisan finger-pointing only intensifying across the Capitol. Apart from the House’s vote on Saturday, both chambers remain on August recess until mid-September and there is little hope a deal can be reached before then.

“People are really at a breaking point,” said Rep. Steven Horsford (D-Nev.), whose Las Vegas-area district has been devastated by the virus. “We have Senate Republicans who, for whatever reason, have chosen not to do their job that they were elected to do. That part is frustrating, but I can’t get frustrated because I know in the meantime, my constituents are depending on me.”

Dozens of House Democrats this week made urgent appeals to Pelosi and Senate Majority Leader Mitch McConnell (R-Ky.) to restart talks, sending a slew of letters on the concerns they’re hearing back home about inaction.