Democrats on the brink: Experts explains why Iowa caucuses fiasco will DESTROY party 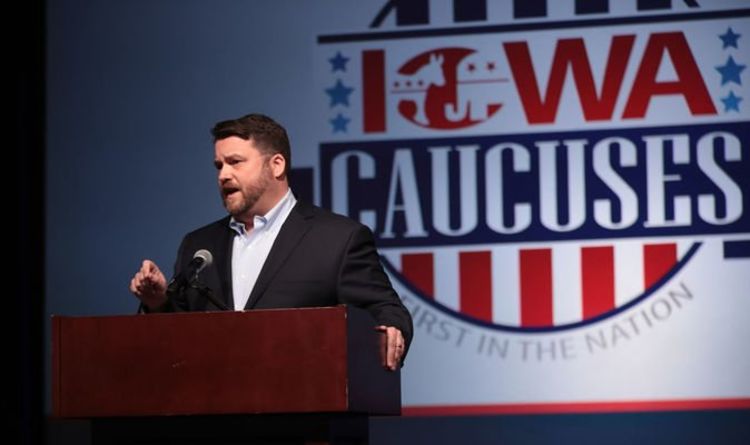 The votes from the Iowa caucuses are only partially in, with Pete Buttigieg taking the lead. The remaining votes are yet to come through after it was announced the party’s telephonic reporting system had failed.

Many have now questioned whether the mishap is a metaphor for the wider discord within the Democrat party given the political differences of the candidates.

He said: “If I may, some of the challenges to the Democrats – can they unite in a night like that after Iowa?

“Can they unite in general? We’ll see what happens in New Hampshire and Nevada and South Carolina.

“Can they they come back together? Can they unite?

“You’ve got Warren and Sanders way out to the left, Pete and Biden in the middle, and Bloomberg out there in the hinterlands.”

Amy Klobuchar was on 12.6 percent and Andrew Yang on 1.1 percent, according to the other preliminary results released on Tuesday evening.

Iowa has a total of 99 counties which will vote on who they want to represent them.

Tom Steyer and Tusli Gabbard were on less than 1 percent.

America’s political system has been described as “quirky” with the results being the share of delegates needed to clinch the party nomination.

Iowa awards only 41 of the 1,991 delegates required to become the Democratic Whit eHouse nominee.

Despite this, the state can offer crucial momentum that will send the candidates on to the next vote in good stead.

Iowa was the first contest in a string of nationwide state-by-state votes known as primaries and caucuses.

These will culminate in the crowning of a Democratic White House candidate at the party convention in Milwaukee, Wisconsin, in July.

Bystaronline@reachplc.com (Tiffany Lo) A man was caught on camera throwing a rock at a statue of Jesus and lighting it on fire in front of...
Read more