Denise Nolan: I was a wreck and couldn’t sing live but Linda and Judy saved me 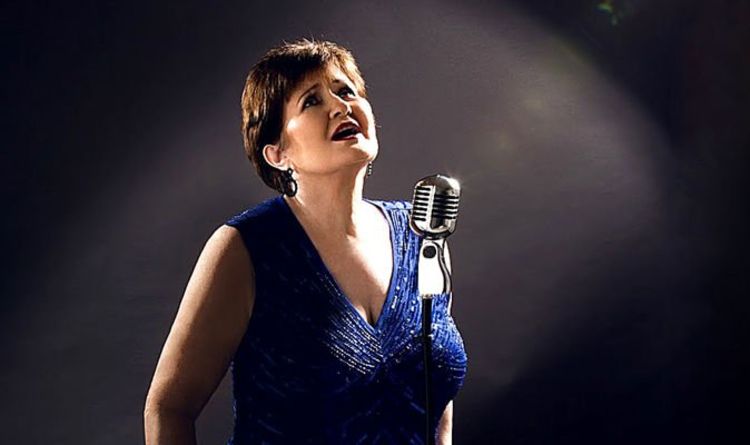 The former Nolans star didn’t sing in public for three years after forgetting her words on stage while touring in a production of West End smash Blood Brothers, where she was playing Mrs Johnstone.

But a guest appearance at her sister’s 60th birthday gave her mojo back – and her new show, The Music Of Judy Garland, was the result.

But recalling her stage fright in Blood Brothers, she said: “I forgot the words one night. I managed to stumble on and I don’t think many people knew.

“But I did and, from then on, I was terrified. I’d go on each night, hot and cold all over. I felt nauseous. I wanted to cry. I was a nervous wreck.

“I was offered a one-woman show when the tour was over and I’d have loved that. But my nerve had gone and I turned it down.”

Now she is back tackling Judy Garland’s story in theatres across Britain, thanks in part to the sisterly bond that has made the family national treasures.

Her younger sister, Linda, asked her to perform at her 60th birthday last February.

And it was there Denise rediscovered her love of life in the limelight. She said: “I was anxious but it went down an absolute storm.”

Garland’s life and work is fascinating a whole new generation thanks in part due to Renee Zellweger’s Oscar-winning movie portrayal of the star.

But the songs have long been special to Denise, who sung them in her childhood.

“I’ve been singing Judy’s songs since I was 11,” says Denise, 67. “I’m an emotional singer, always have been. I wear my heart on my sleeve, as did Judy. She was insecure – I’m insecure. We’ve got a lot in common.

“I’m singing songs and telling anecdotes. It’s like a cabaret.”

Despite managing to control her stage demons she is still insecure about the way she looks.

“My next sister down is Maureen, the beauty of the family,” she said.

“She grew up with a complex about her voice – I grew up hating my looks.

“I’ve always had problems with my weight.

Denise has been with musician and drummer Tom Anderson, 73, for more than 40 years but they have never married.

“A few times I wanted to get married and he didn’t and vice versa,” she laughs. “My mum bought a hat three times.”

In the early 1970s Denise left The Nolans to pursue a solo career: “I was getting tired of singing pop songs and I wasn’t any good at the dance routines.”

In 2009, there was a big falling out among the sisters when the girls decided to regroup without inviting Anne or Denise.

There was a long period when the younger ones and the older ones were not talking to each other.

But then Coleen appeared on Celebrity Big Brother in 2012 alongside Julie Goodyear, Coronation Street’s Bet Lynch.

“She was incredibly cruel to Coleen. I wanted to kill her. I knew Coleen was upset. We’d had our differences but it made me realise how much I loved her. The way I say it is, we’ve agreed to disagree. If everybody thinks they’re right, you’ve got to move on. But you can do that together.

“I still don’t think what they did was right but they’re flesh and blood and that’s more important. We love each other.”

● For tour details, go to musicofjudy.com