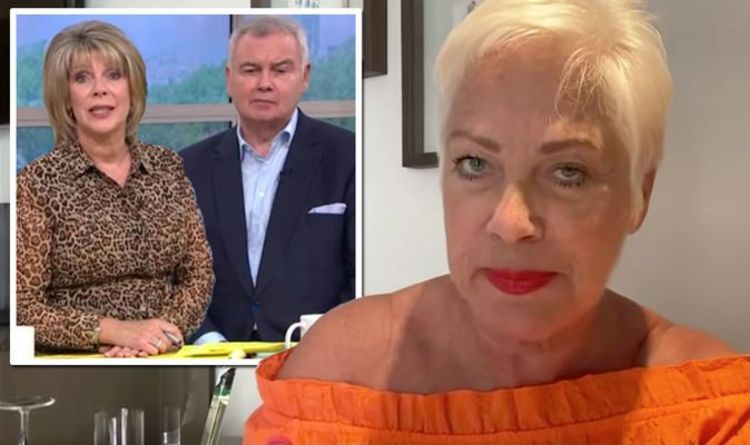 He wrote online, in view of his 7.6 million followers: “Dumb, deluded & dangerous Covid-deniers like Denise Welch need to stop being given airtime.

“Her idiotic, ill-informed ramblings – from a woman who never stops telling us that she suffers from mental illness – will cost lives by persuading people to think the virus isn’t a threat.”

Denise responded to Piers, by asking him to show some evidence to back up his accusations.

She wrote, in view of her 470,500 followers: “Please ask Mr Morgan to show me one tweet, one interview where I have denied Covid?

“He doesn’t want to be telling complete and utter lies with such a huge following. Seriously,” she wrote.

“Well done you, looking amazing if I may say so, let's keep moving, keep our minds healthy, help each other where we can, keep...
Read more
Celebrity

Alyssa Norwin Shortly after news broke that Demi Lovato had ended her engagement to Max Ehrich, she looked happy and carefree in a new video...
Read more
Celebrity

Julia Teti Tory Lanez rapped about his feelings for Kylie Jenner in his new song ‘Queen And Slim’ from his album ‘DAYSTAR,’ rapping on the...
Read more
Celebrity

Alice's half-siblings Matthew and Emily later died in a tragic car crash. Fans have paid tribute online, one one writing: "Please accept mine and my...
Read more

Carly Cassella As cannabis surges in popularity and more places legalise recreational weed, a growing number of people are using the drug in early pregnancy. A...
Read more