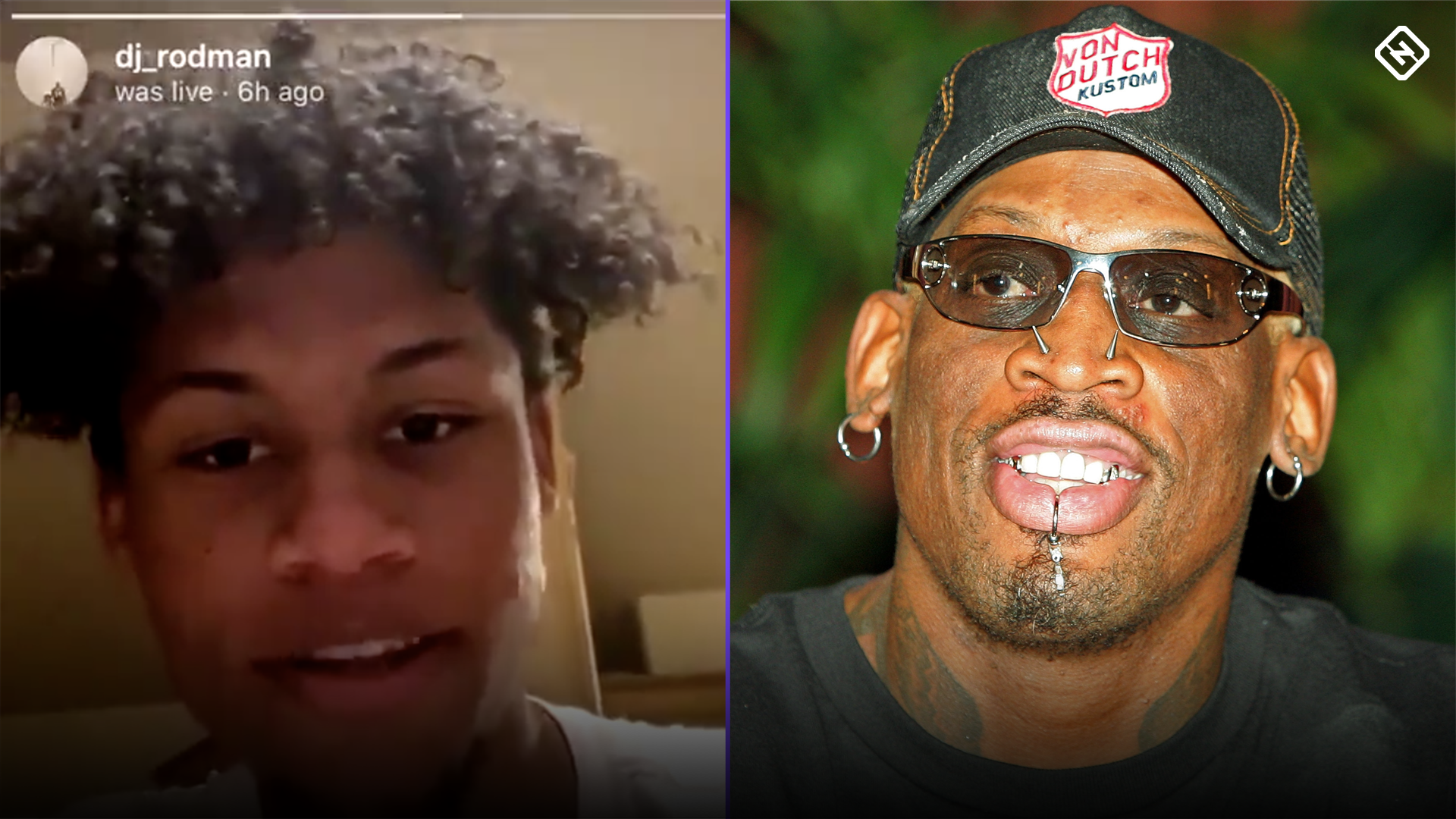 “The Last Dance” has given viewers around the world an unprecedented look at the Bulls’ 1997-98 championship season. No player from that legendary team was quite as fascinating and controversial as Dennis Rodman, the focus of Episode 3 of the 10-part documentary series.

Last Sunday, “The Last Dance” detailed Rodman’s career with the Pistons, Spurs and Bulls. The big highlight: Rodman’s infamous trip to Las Vegas in the middle of the 1997-98 season. Rodman had asked Bulls head coach Phil Jackson for a 48-hour vacation to blow off steam, and the documentary showed several aspects of the trip, including Rodman riding off on a motorcycle without a helmet after drinking a beer and several shots of him drinking and partying.

Lots of fans remembered this incident, but the trip was new information to several viewers — including Rodman’s own son.

Dennis “DJ” Rodman Jr., a freshman at Washington State, talked about the episode on an Instagram Live chat. While he knew all the rest of the stories from the episode, he had never heard about the vacation.

It makes sense that Dennis initially chose not to tell his son about his Vegas vacation. After all, it did end with Michael Jordan dragging Rodman out of a hotel room while Carmen Electra was cowering naked behind a couch.

While DJ seemed to find the story pretty funny, “I need a vacation” probably isn’t a line he’ll be able to pull on his coach at Washington State — no matter who his dad is.