Deontay Wilder will fight Tyson Fury this Saturday, February 22, at the MGM Grand Las Vegas, in a huge rematch following their controversial draw in December 2018. Both fighters claim they have gained weight since the first time around, when Wilder scaled 212lbs and Fury 256lbs. The extra timber threatens to make the hardest-hitting boxer in the division even more frightening, but it could also leave him open to Fury’s quick footwork.

The Bronze Bomber, though, is not phased and will remain firm on sticking to the same training regime he has followed since he was a kid.

He said before his last fight with Luis Ortiz: “I put my power up with anybody and it’s natural, I don’t have to lift a weight.

“Ask the people that are around me, it’s in living colour.” 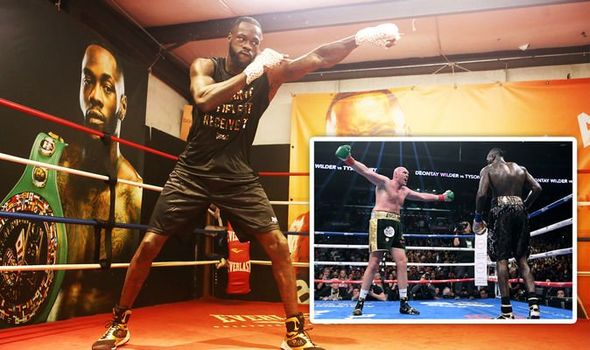 Deontay WIlder does not go to the gym (Image: GETTY) 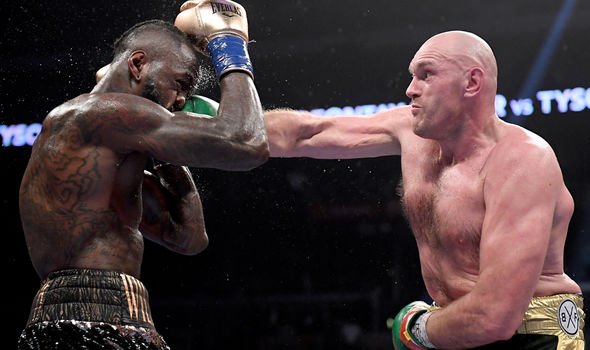 Wilder and Fury will meet for the second time (Image: GETTY)

I don’t have to lift a weight

Instead, Wilder believes in old school training methods of turning up, hitting pads and scrapping with other heavyweights in sparring sessions.

He added: “You all have seen it, I’ll come in here and just hit the mitts and spar.

“That’s it, no running, no conditioning and stuff, no heavy bag, no speed bag, no jump rope, no nothing.

“But that’s all I’ve ever done, hitting mitts and sparring.”

His controversial training does not stop there, after he previously revealed his belly-busting diet.

He continued: “I eat me a good breakfast, from pancakes, to Polish sausage, to patty sausage and some good eggs.

“One morning I will eat egg McMuffins and it will rotate throughout breakfast time with that.

“I will also have a protein shake in the morning with breakfast.”

Wider will then train for a few hours in the morning, before coming back for four more meals throughout the day. 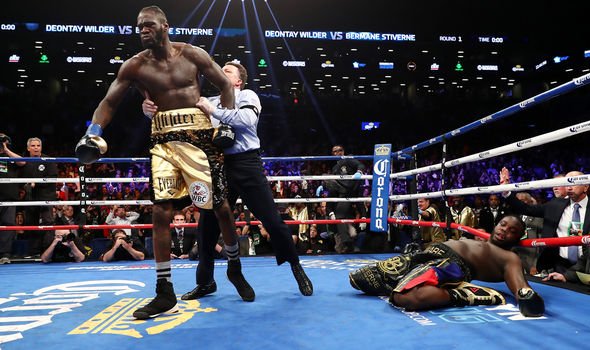 Wilder has the highest knockout percentage of a heavyweight (Image: GETTY) 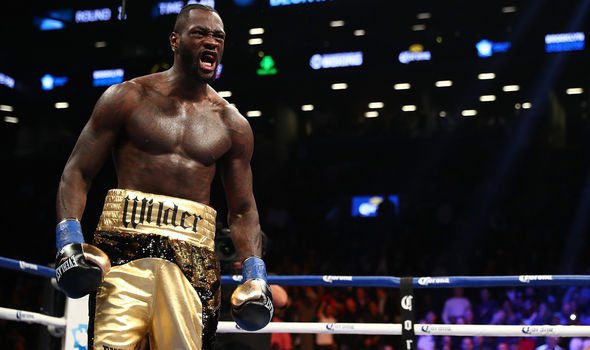 Whoever wins on Saturday could fight Anthony Joshua next (Image: GETTY)

He added: “I come back again at 11.30am, eat a nice Alfredo chicken pasta with corn on the cob, maybe have some nice garlic bread toasted alongside that with a protein shake.

“2pm will be a sandwich, you know, maybe ham and cheese, maybe tuna, with two boiled eggs.

“And then at 7.30pm, I have a nice T-Bone steak, some more red potatoes, we might have some squash in there and some green beans.”