Deshaun Watson appeared to be caught in a lie about... 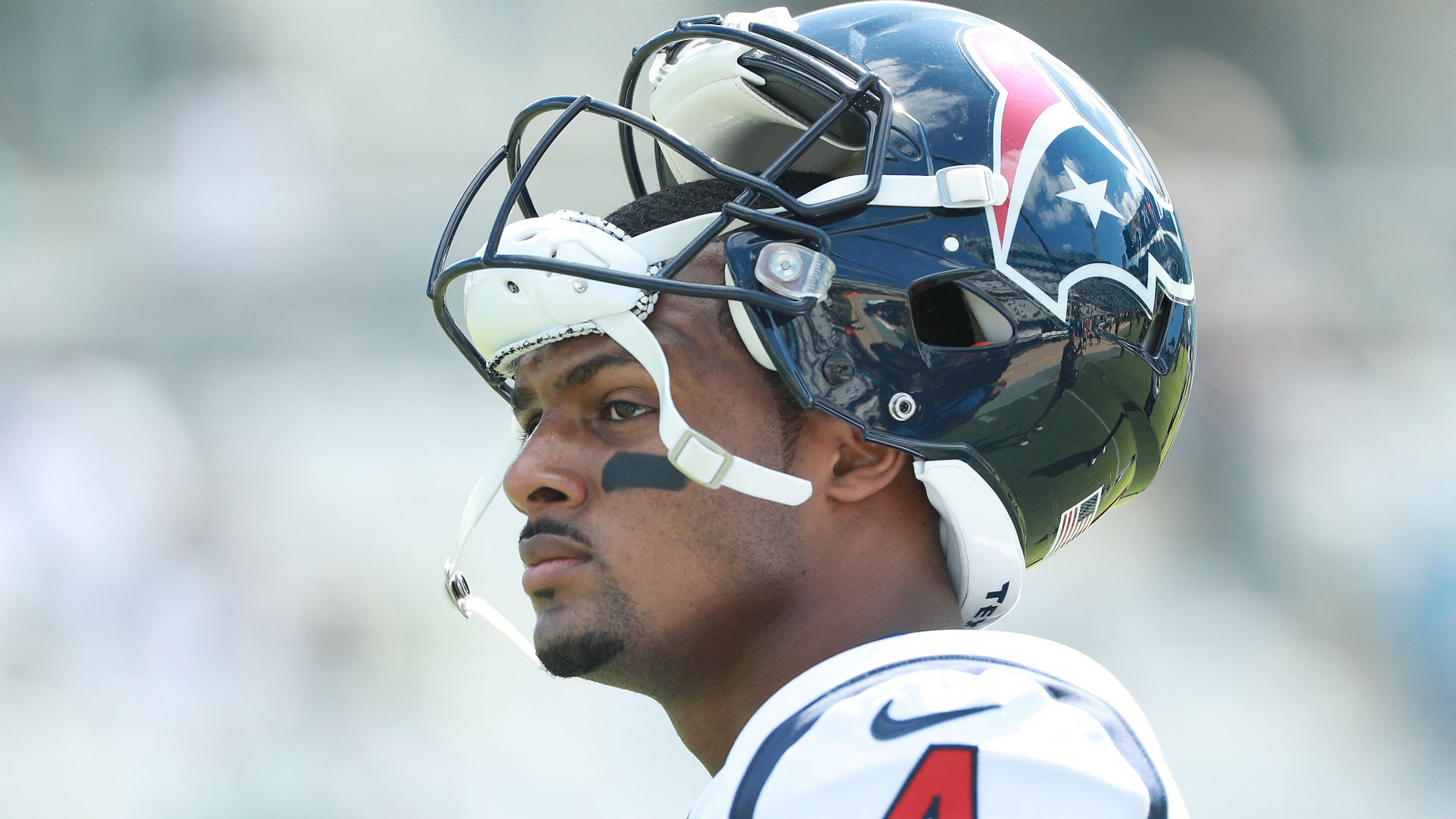 Deshaun Watson caused a stir Friday night on Twitter when he engaged in a debate about the 2017 NFL Draft.

The conversation started with reporter John Feinstein relaying a chat he had with former NFL quarterback and current Redskins executive Doug Williams. They discussed Mitch Trubisky going No. 2 overall in that draft, ahead of guys like Watson and Patrick Mahomes. According to Williams, if Mahomes and Watson were white, they would have been drafted ahead of Trubisky.

Bears declining 5th yr. option on Mitchell Trubisky, QB they chose AHEAD of Patrick Mahomes AND DeShaun Watson. I asked Doug Williams where Mahomes and Watson would have gone if they’d been white: “Ahead of Trubisky,” he said. “Ahead of No. 2” I said. “Absolutely,” he answered.

MORE: How the NFL season will play out, according to “Madden”

Watson quote-tweeted Gottlieb and said the Bears never talked to him prior to the draft.

Twitter thought this was ridiculous considering Chicago needed a quarterback that year (and took one), and Watson was clearly one of the best options available. So after some research, it was discovered Watson at one point said he had talked to the Bears.

During a 2017 interview with “The Rich Eisen Show,” Watson listed off teams that had contacted him. That list included the Chiefs, Browns, Jaguars, 49ers, Cardinals, Texans, Jets, Bills, Ravens and Bears.

Watson appeared to be caught in a lie, but a tweet from Quincy Avery may help explain his interview with Eisen. Avery is Watson’s private quarterback coach, and the two share a close connection that dates back to when the QB was in high school. The Houston Chronicle describes their bond as a “big-brother-little brother relationship.”

Avery responded directly to the video Eisen tweeted. The tweet can also be viewed in Watson’s likes on Twitter.

Not exactly. Explain it to you same way I did for Doug. Every year, players are instructed by their agent to leverage the media so that teams feel that there is more competition in the market place than there actually is.

In a separate response to ESPN’s Bill Barnwell, Avery clarified that the conversation with the Bears “didn’t happen.” He points out why it would make sense for Watson to say it did at the time (to help improve his draft stock) and why he feels confident to say what really happened now (he’s a top-tier quarterback with nothing to hide).

I’m just saying it didn’t. It’s clear why he would say it happened then. No reason to not be truthful now. Also was there through the process and it didn’t happen.

The rest is history. Chicago declined Trubisky’s fifth-year option while Watson is reportedly in talks for a contract extension with the Texans that would make him one of the highest-paid players in the league.