Deshaun Watson, Lamar Jackson and Dak Prescott could all see... 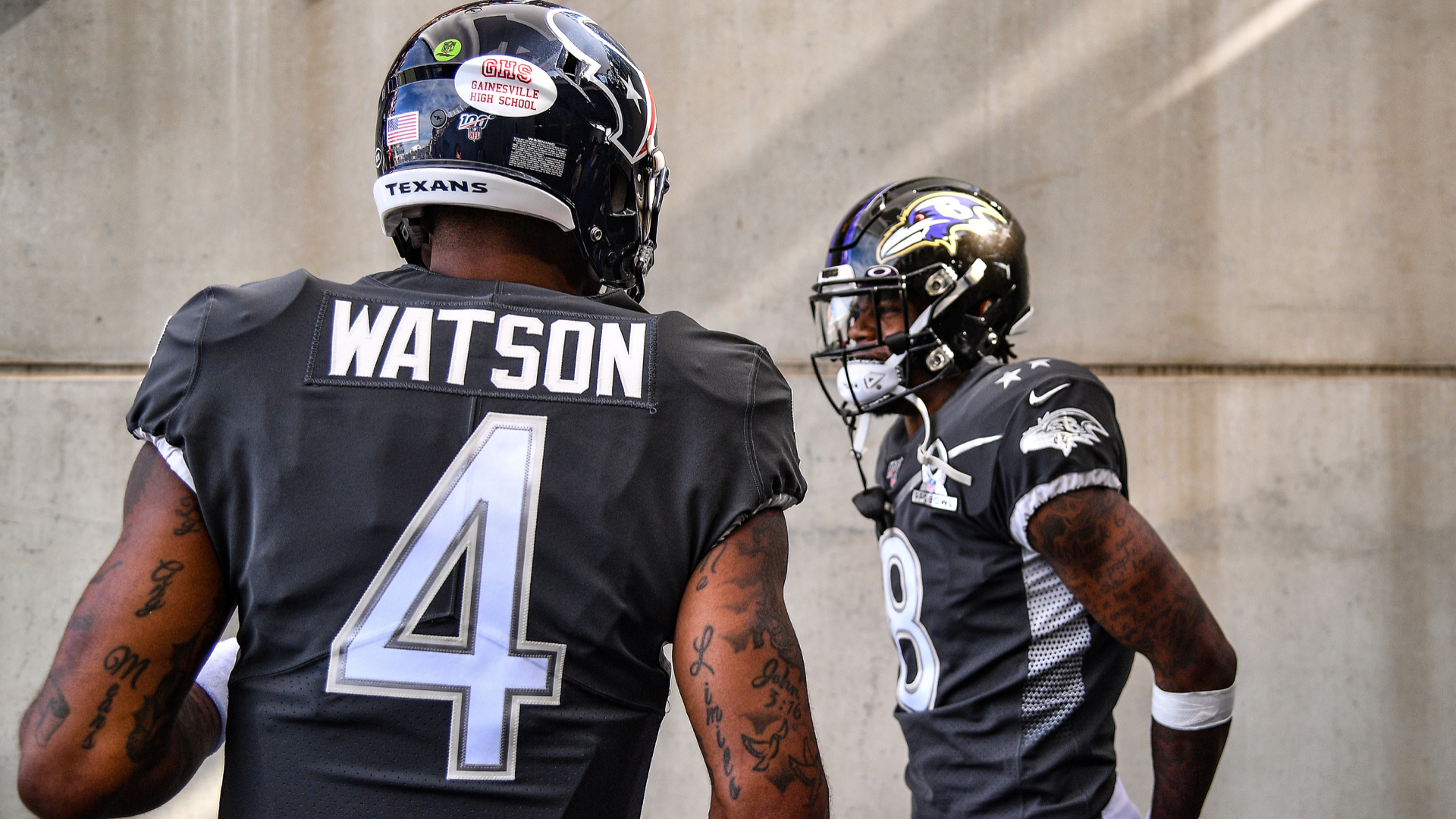 After Chiefs quarterback Patrick Mahomes signed the most lucrative contract in sports history on Monday — a deal worth upwards of $ 503 million — other NFL quarterbacks have moved to the front of the line as the next to be paid massive amounts of money.

In addition to Watson, who will be a free agent after the 2021 season, Dak Prescott and Jameis Winston could receive long-term pay increases by the middle of next offseason. Lamar Jackson will probably also enter extension talks by then.

Outside of Jackson, Watson enters 2020 as perhaps the most underpaid player in the NFL. He has led the Texans to a 21-10 record over the past two seasons and thrown 52 touchdown passes to 21 interceptions. He has also rushed for almost 1,000 yards over that span.

After trading top receiver DeAndre Hopkins to the Cardinals earlier this offseason rather than paying him top dollar, Houston should be motivated to secure Watson as its franchise cornerstone. Coach and GM Bill O’Brien has repeatedly said he hopes to get a deal done sooner rather than later, though his tenure has been marked by head-scratching maneuvers.

If the Texans aren’t willing to give Watson a big extension soon, then another team would be thrilled to nab him in free agency.

Prescott’s contract negotiations have become a meme of their own over the past year, with many fans unsure about whether he deserves a huge new deal and amused by the idea of Dallas maxing him out. When a shoddy report of the quarterback’s demands came out in May, social media jokes followed.

So, a main part of the reactionary aftermath of Mahomes getting paid was what it would mean for Prescott, who threw for 4,902 yards and 30 touchdowns last year.

Prescott will almost certainly get one of the most lucrative contracts in NFL history — but whether it comes from the Cowboys remains to be seen.

If anyone could match or surpass Mahomes in the near future, it would probably be Jackson. The 2019 NFL MVP expects to battle it out with Mahomes for the title of league’s best player over the next decade, and with another standout (and healthy) season, he can start filling out what should be a blank check from Baltimore.

Winston does not have anywhere near the standing of Watson or Prescott, and even if he takes full advantage of his one-year “prove it” deal in New Orleans, he likely won’t come near what they’ll make.

Still, the 2015 No. 1 overall pick could follow in the footsteps of other inconsistent passers who have been paid handsomely over the past decade. Matt Schaub got $ 62 million from the Texans, Mike Glennon got $ 45 million from the Bears and Kirk Cousins got $ 66 million from the Vikings. Matt Flynn got $ 19.5 million from the Seahawks essentially because of one good game for Green Bay.

Teams desperate for quarterback help often do illogical things, and Winston’s pedigree could be persuasive if he’s called upon and shows promise.

2021, before, could, Deshaun, Jackson, Lamar, Prescott, spike, their, Watson