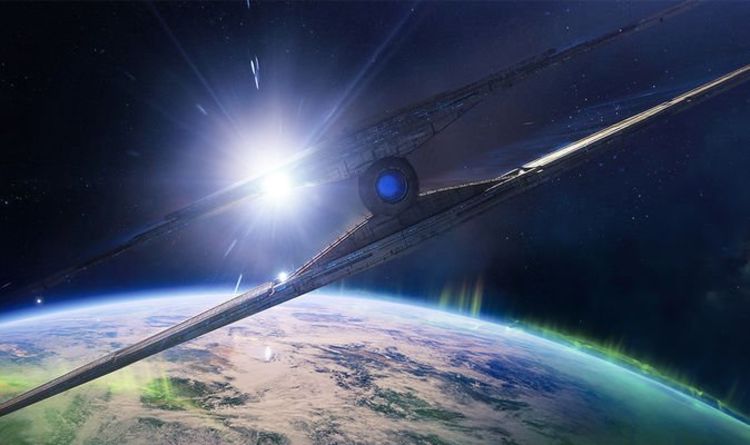 Bungie has confirmed that something will be happening with The Almighty over the skies of Earth in Destiny 2 this weekend.

It’s unclear what exactly will be unfolding, but it appears that some kind of Destiny 2 event is coming our way.

It should be noted that this might extend to a trailer being shown in-game, as D2 has never really boasted any kind of live event before.

Regardless of what will happen, we have been given time for when the Destiny 2 Almighty event will unfold.

And that means being in the Tower to find out the big news on PS4, Xbox One and PC.

While Bungie has not revealed exactly will be happening this week, they have provided a rough schedule.

According to the latest news from the development team, the Destiny 2 Almighty event will be happening on Saturday, June 6, 2020.

Bungie has told fans to be in The Tower in Destiny 2 at around 6pm GMT, or 10am PT, if you live in the United States.

It sounds like The Almighty is going to be smashed by something big, with the Bungie team telling fans this week:

“Rasputin is at full power. Tomorrow at 10AM PT we take aim at the Almighty.”

To make sure you don’t miss anything, it seems wise to log in to the live game servers a good hour before everything kicks off.

There’s a good chance that the aftermath of this event will change things in-game on PS4, Xbox One and PC.

This could mean locations being destroyed or new places popping up to explore. It also seems likely that whatever does happen to The Almighty, it will fit in with the release of the next expansion, or the launch of Season 11.

The Season of the Worthy has been overshadowed by The Almighty, a giant ship that has been on a collision course with The Last City and the Tower.

Guardians have been aiding the AI Warmind Rasputin over the past few weeks in a bid to defend Earth.

And it now looks like Rasputin is ready to smash The Almighty with everything that it has got.

What comes next is anyone’s guess but Bungie has confirmed that they will be revealing more regarding the future of the game on June 9, 2020.

A message from the studio confirms as much, telling fans: “Within Destiny 2, you may have been watching the approach of the Almighty. You’re itching to see the conclusion of the Season, but you’re also starting to hear whispers of what’s coming next. Join us on Tuesday, June 9 at 9 AM PDT to learn about the future of Destiny 2.