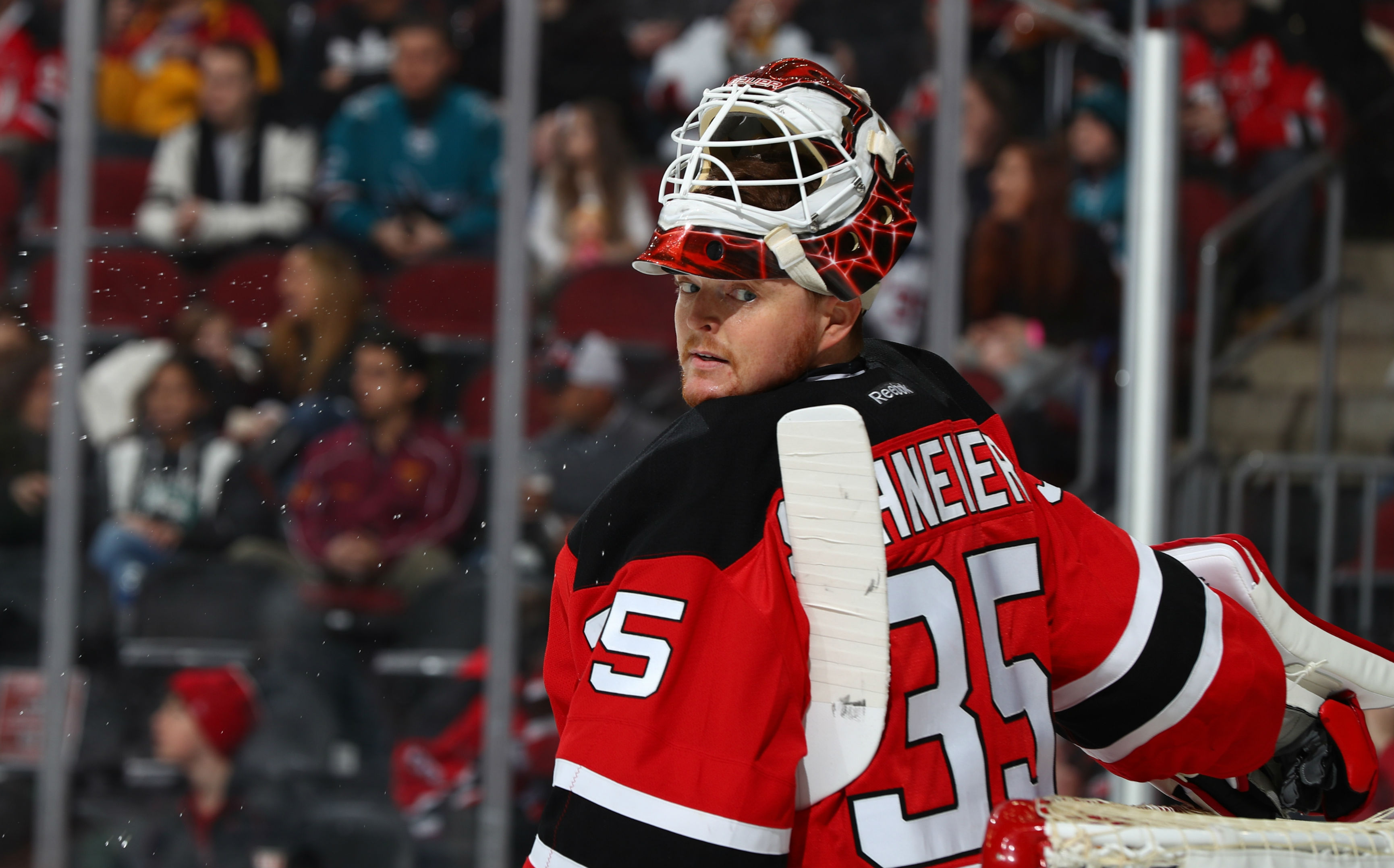 As one of the New Jersey Devils’ National Hockey League Players’ Association representatives, goaltender Cory Schneider says players are getting antsy about a possible deadline for when a decision on the 2019-20 season has to be made.

“I think that’s everyone’s concern right now. A lot of guys been asking if there’s a drop-dead date,” Schenider told reporters on a call Monday. “Like what’s the date that it’s just too late and that you can get a semblance of a season or a playoff in and then it starts to impact the next season potentially. I think that’s been a question that a lot of guys have asked and to be honest, I don’t have that answer necessarily.”

With players saying they need at least two to three weeks to prepare for a season resumption, the window is getting slimmer resulting in the veteran netminder believing that a decision is on the horizon.

“It’s got to be coming soon because I think you got to make plans, you got to make logistics to give guys a heads up, a week or two in advance that, ‘Okay, you need to report here and do this by this date,'” he explained. “We’re starting to get into June and July and at that point, does it make sense to even restart it so I think we’re getting pretty close to that date.

“I don’t know what that date is, but my hunch feeling is that we’re going to have to find out one way or another very shortly if this is going to happen because it just starts to impact everything else down the line.”

Schneider said until there are more concrete plans regarding how the season will finish, he’s not contacting the team with daily updates.

“I try not to give guys false hopes or spread rumors or just sort of release details of these calls,” Schneider said from his New Jersey home. “You don’t want too many people to know about it in case you have to move in a certain direction so we sort of filter information as we need to.

“You know guys are panicking and all but it’s such a unique situation that you couldn’t blame anybody for feeling that way.”

It’s been reported that the league is leaning towards a 24-team playoff and if that does become the case, the Devils — 13 points out of the second wild card — could see an eight or nine-month layoff before the 2020-21 season begins in either November or December.

“Is it worth it for us to spend five, six weeks to do something that ultimately won’t matter?” Schneider asked. “Personally, I would like to at least get out and get that feeling again. Nine or 10 months is a long time to not have played a game and not really ramp it up in that sense. My hope is that we get a chance to come back and play.”

Regardless, if the Devils come back or not, the layoff came at a bad time for the team and Schneider.

After interim head coach Alain Nasreddine took over on Dec. 3, the team went 19-16-8 including earning points in eight of their final 10 games before the pause. The 34-year-old goaltender also had an up-and-down season getting sent down to the American Hockey League and playing 14 games with Binghamton. He was recalled Feb. 20 and went 3-0-1 in four starts, stopping 119 of 125 shot attempts. Schneider posted a shutout on March 1 against the Anaheim Ducks, his first since Feb. 21, 2019 (Ottawa Senators).

A native of Marblehead, Mass., he was disappointed to have the season abruptly halted.

“I felt really good about where I was at. I think as a team, we were playing well and we were having fun,” Schneider said. “It was great to be back and the team was young. A lot of faces were gone and I walked into the locker room and I think Travs (Travis Zajac) said, ‘Hey, it’s good to see another old guy in here with me.’ It’s definitely a unique situation from a team standpoint, but you could definitely see guys coming together.

“For me, just to be a part of that and try to help and contribute on the ice and do the things I’ve always wanted to go. It was great and it was tough timing for everybody. From my career standpoint, as soon as the chance for me to play well and just demonstrate that I can still play at that level so hopefully I’ll get an opportunity to do that.”

When Schneider began his career with the Vancouver Canucks, he was seen as the heir apparent to Roberto Luongo. Now, as Schneider enters the twilight of his career, the Devils have turned to 23-year-old Mackenzie Blackwood as their No. 1 goalie; he appeared in 47 games this season posting a 2.77 goals-against average and a .915 save percentage. Even with the adversity faced in recent years, Schneider believes he can still contribute at the NHL level even though the trend favors younger players.

“It’s amazing how quickly it goes. You come into the league and I was a little bit later, so 24 was when I kind of became a full-time NHLer and here I am 10 years later, I’m 34, and you don’t always feel that way,” he reflected. “That number has a stigma now in the league when it used to be the norm but now anybody over 30 years old, unless you’re an elite player, you’re sort of taking up space for somebody else it seems.

“It makes it challenging but that’s a good challenge to have. It’s an opportunity to do things and techniques and really try to evolve your game. You may not have the flexibility or some of the physical traits you had when you’re younger but I think as you get older, you get more perspective. I think mentally, you’re sharper and you can think the game better than you did when you were younger. For me, it’s just trying to advantage of my skill set.”

The Devils netminder is under contract through the 2021-22 season with a $ 6 million AAV and he fully intends to continue playing whether it’s in New Jersey or elsewhere.

“I’m excited to continue my career. I haven’t entertained the thoughts of retirement at all. I have two years left on my contract and that’s my obligation,” Schneider said confidently. “That’s my goal is to do that and then see where it goes from there and obviously things could happen before that. I’m not naive to the business side of things but you know, I feel that when I’m playing well, I could do a lot for our team on and off the ice. That’s the role that I want to fill in and play and just compete.

“Whenever we do get to play again, I just want to make sure that I’m ready as I can be to continue to prove that I can play at a high level.”