Devils' Mackenzie Blackwood hoping to re-sign: 'I would love to play here long-term' 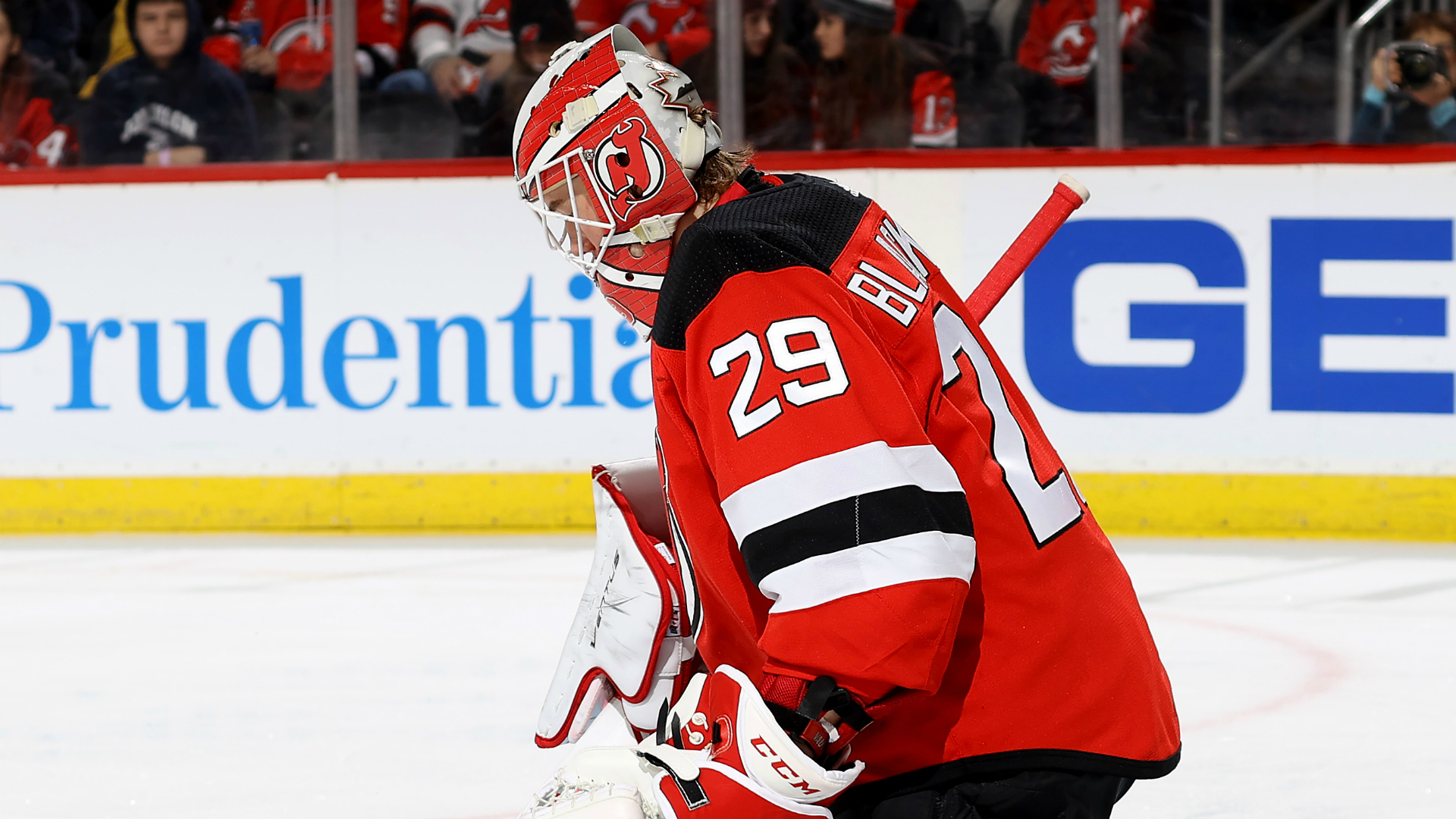 New Jersey Devils goaltender Mackenzie Blackwood is a pending restricted free agent after the 2019-20 season. He said he hadn’t put a ton of thought into it until recently.

“During the season, I don’t really like to think about contracts or stuff like that but now that I’ve had time to kind of settle a little bit, I’ve talked to my agent a little bit,” Blackwood told reporters on a call Monday. “I don’t really know exactly how it’s all going to transpire but whatever it is, I like Jersey. I love playing here and I would love to play here long-term. I’m sure we can figure something like that out and hopefully, it can go smoothly.”

In his second season with the Devils, Blackwood stepped up as the starting netminder after Cory Schneider was sent down to Binghamton. In 47 games, he posted a 2.77 goals-against average with a .915 save percentage and 7.30 goals saved above average.

As part of New Jersey’s young core with forwards Jack Hughes, Nico Hischier and Pavel Zacha, Blackwood wants to stay with the Devils and grow with them.

“I just love playing here. Everyone always asked me what it’s like to play here and I say it’s a really good spot. I think this team in the upcoming future should be really, really good,” he said. “Right now, I think they’re the youngest team on average so it just goes to show you that moving forward, they’re all going to develop and I think it could be really exciting if we can all develop together.

The season was a rocky one for the Devils as they started off 9-13-4 before firing head coach John Hynes. Under interim head coach Alain Nasreddine, the team went 19-16-8 and sported the league’s best penalty kill (86 percent) since he took over on Dec. 3.

Blackwood characterized his season as good but added that he has a long way to go as just a 23-year-old NHL goaltender.

“I was proud of the way I handled some certain situations that I had gone into, but I still think looking at myself and evaluating myself is something I got quite a ways to go to keep growing and keep developing,” he said from his hometown of Thunder Bay, Ont. “I was happy with the way my season was this year but at the same time, there’s a lot of stuff I can improve upon. Starting the year off, we struggled a little bit. We started to find our stride a little longer it went on. Thankfully, I was able to get the opportunity I had this year to continue to grow and develop myself.”

New Jersey’s second-round pick in 2015, Blackwood had a heavy workload in the first half of the season, playing in 30 of the team’s first 39 games. While he’s not a huge fan of playing back-to-backs, he didn’t mind going between the pipes as long as he got time off in between games.

“I just think that playing a lot is a good way to develop yourself, especially early on. There’s a fine line between being rested and finding the right amount so you want to try and find that and then balance it as best as you can,” he noted. “I think at the end of the year, maybe from the end of December on, we did a good job managing the workloads and stuff like that, especially because I did play so many games earlier on.

“I was happy the way everything went for me in terms of that this year.”