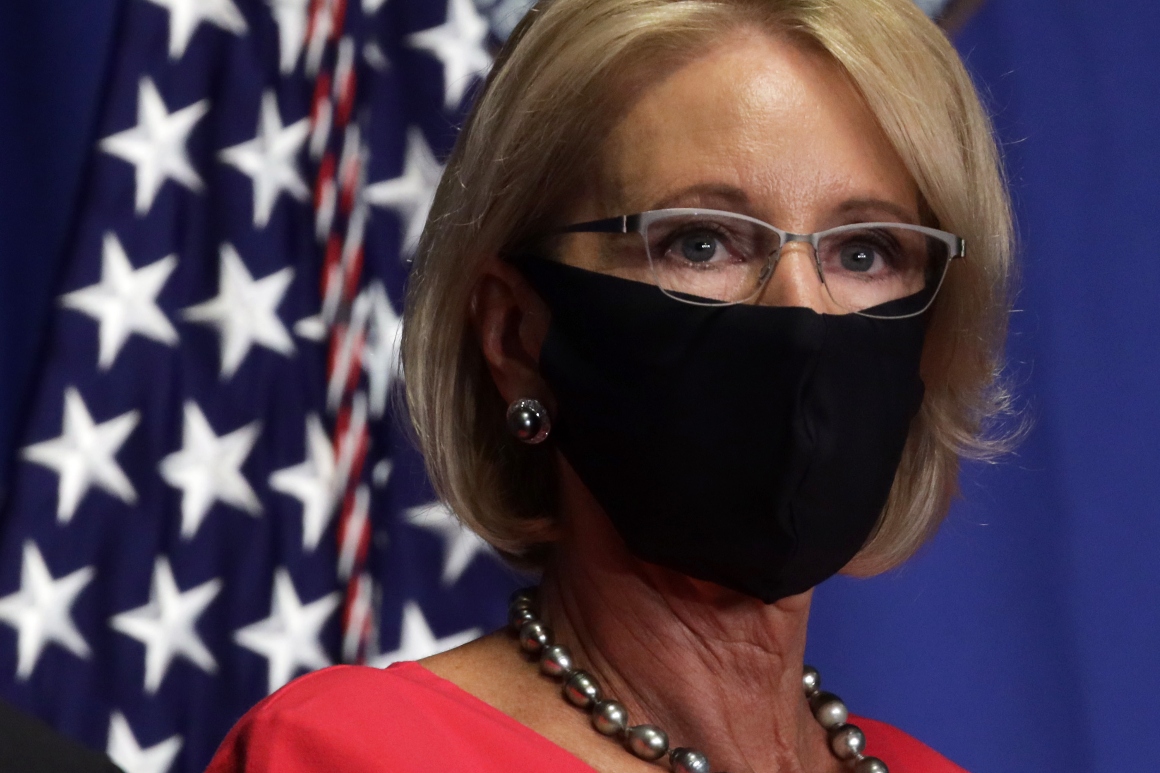 “Rather than working on a plan to reopen schools safely this fall, DeVos is holding closed-door political events for her ideological allies this week,” NEA President Lily Eskelsen García said in a statement.

Background: DeVos and her staff have participated in other closed-press meetings recently with Federalist Society chapters. POLITICO asked for her remarks after her virtual conversation last month with The Federalist Society’s Michigan Lawyers Chapter and a spokesperson said: “The engagement was for their members and was always closed to the press. We don’t typically release her remarks for these types of meetings.”

In January, when DeVos spoke to a Federalist Society gathering in the Missouri State Capitol building, she discussed her then-forthcoming Title IX regulation and called the Obama administration’s approach an “egregious use of government force,” according to prepared remarks the Education Department shared with POLITICO. Those remarks were aired by ABC17 News.

The Federalist Society has organized numerous discussions of Title IX in the past, saying it’s an important legal question.