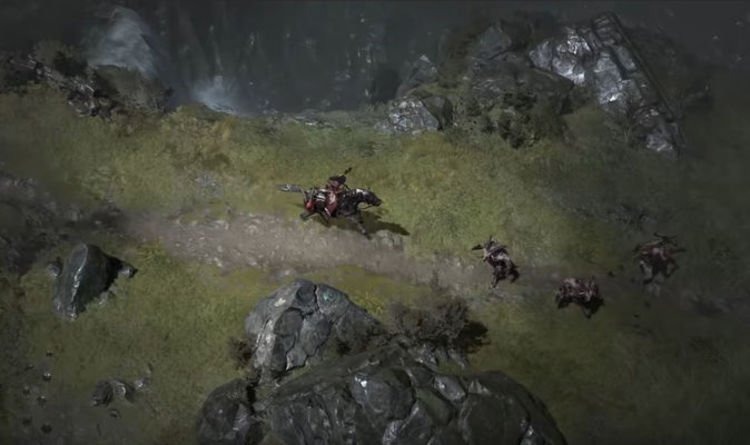 The Diablo 4 release date has been described as being in the future, with fans unlikely to see a launch anytime soon.

How long that wait could be is still up for debate but Diablo 4 certainly sounds like a game being planned for past 2020.

Things can always change and we could hear more about these plans at BlizzCon 2020.

But announcing a game so close to a next-gen console shift also makes for an interesting situation.

Diablo 4 has been confirmed as coming out on PS4, Xbox One and PC, with no current talk of Switch support.

But with the PS5 and Xbox Scarlett launching at the end of 2020, surely this means that Diablo 4 will be featured on those systems too?

For now, Blizzard is sticking to their guns and saying that Diablo 4 is only planned for PS4, Xbox One and PC.

Which makes sense, since it was only announced a few days ago for the current Sony and Microsoft systems.

When asked about announcing Diablo 4 with new consoles being planned for the near future, Blizzard devs Joe Shely and Tiffany Wat offered some insight into the situation

Q: When it comes to announcing a game in 2019, it can put you in a strange position, especially with the changes to hardware in 2020. Is the team prepared for those new systems coming out?

“And it was released on all four, so we’re definitely taking a look at what’s coming and we stay abreast of all the information in the industry, but right now, it’s just for PlayStation 4, Xbox One and PC.”

Diablo 4 is set to be the first game in the series to launch on consoles at the same time as PC, bringing with it, it’s own challenges.

“After the Ultimate Evil Edition was released, we started concurrently developing all of our patches after that,” Wat adds.

“We became a team that learnt how to concurrently develop and make the best decisions on all platforms. It became a core part of our philosophy.

“And when we started to develop Diablo 4, from the start, it wasn’t like “this is a PC Game,” it was a game for every platform.

“And you can see it in our control scheme, PC gamers will actually be able to use a controller in Diablo 4.

“Using a controller is such a great way to experience Diablo 4 and it’s something we discovered in Diablo 3. You can see in the way we approach the UI.”

Blizzard is certainly pushing this as one game played across different platforms, without the need for different speeds at release.

This means that there will not be a staggered release between PC, PS4 and Xbox One, with everyone starting their adventure on the same day.

And as confirmed by Blizzard during BlizzCon, Diablo 4 will fully support solo and coordinated party play, and will also provide opportunities for groups of players to encounter each other in the same shared world—whether to tackle bigger challenges or to battle one another in player-vs.-player combat.