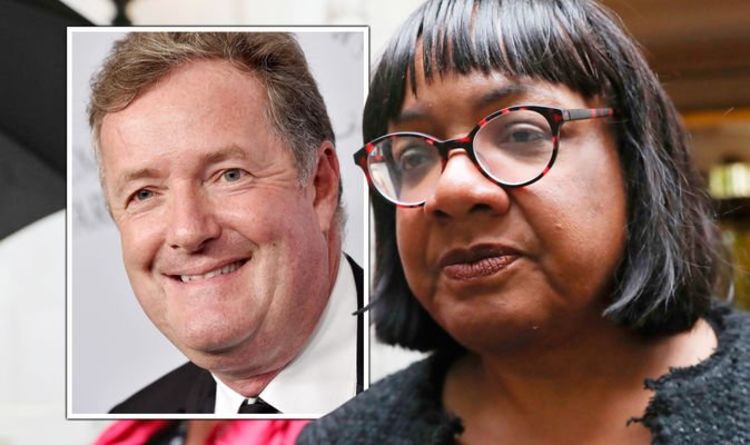 The outspoken ITV television host tweeted last night: “The NHS will run out of gowns within HOURS and will ask doctors and nurses to work without full-length protection. This is outrageous.

“Matt Hancock – you’ve spent all weekend insisting there’s enough PPE for frontline medics. Where is it????” Ms Abbott, the MP for Hackney, retweet the ITV host and said: “Would never normally retweet Piers Morgan, but on the PPE issue he is one hundred per cent correct.”

According to reports, doctors and nurses are now being asked to treat coronavirus patients without fully protected gowns, with some having to reuse equipment.

Public Health England has gone against World Health Organisation advise due to fears some hospitals are 24 hours away from running out of protective equipment entirely.

Now they have said staff can wear washable medical gowns or non-fluid-repellent equipment if long-sleeved disposable, fully-repellent gowns are unavailable.

In a tweet, NHS Providers CEO Chris Hopson said: “We have now reached the point where the national stock of fully fluid repellent gowns and long-sleeved laboratory coats will be exhausted in the next twenty-four to forty-eight hours.”

Thousands of doctors and nurses have expressed concerns over the shortages.

A British Medical Association (BMA) survey of more than 6,000 medical staff across the UK found a significant number of them do not have the protection they need to guard against COVID-19.

Another survey by the Royal College of Nursing (RCN) has found half of nurses have felt pressure to work without the appropriate equipment during the crisis.

BMA council chairman Dr Chaand Nagpaul said: “Two months into the COVID-19 crisis in Britain, we shouldn’t still be hearing that doctors feel unprotected when they go to work.

“The Government says that one billion items will soon have been shipped, and while there have been signs of improvement, our research clearly shows that equipment is not reaching all doctors working on the front line.”

Piers Morgan has accused the Conservative government of deliberately downplaying the number of COVID-19 cases in the UK’s care homes as part of a national strategy to conceal the scale of the crisis.

The Good Morning Britain presenter took to social media after publication of a poll suggesting more than 40 percent of staff at care homes are dealing with suspected cases, even though government figures show fewer than one in six homes have cases.

He tweeted: “I suggest the government’s not ‘underestimating’ care home infection/death rates. It is deliberately downplaying them to stop the true scale of the UK’s coronavirus crisis being revealed.”