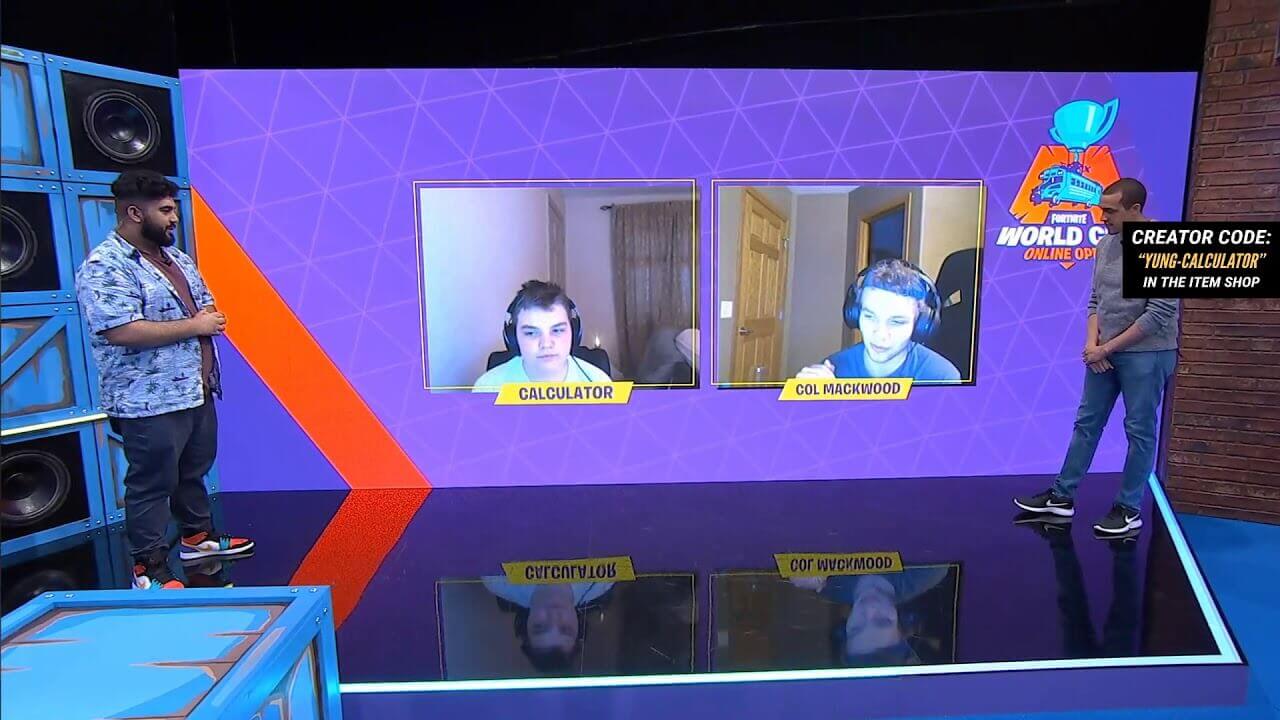 Teaming allegations were made against Yung Calculator and Mackwood earlier today. While it made its way around the Twittersphere, I investigated the legitimacy of the claims so you don’t have to

It’s the beginning of Season 4 and as is customary for the start of every season, competitive players are working their way back up the Arena leaderboard. Since being in Champions League is a prerequisite for participating in any Fortnite Championship Series or Champions Cash Cup events, players like to get the “grind” out of the way early on

Earlier today, a small Twitch streamer came across unusual activity in one of his Arena games. He saw two players by the name of “TSM MackWood1x” and “BBG Calc” blatantly missing shots against one another and messing around in the solos playlist

This should be a point of concern for any player who values competitive integrity. Two prominent pro players killing the integrity of a competitive playlist? This is giving me Faze Jarvis vibes

Said streamer (who will remain unnamed) proceeded to take to Twitter with his newly found allegations and put Mackwood and YungCalc on blast. I will not link the (now deleted) tweet but will note that something odd was developing. The streamer tagged a bunch of drama channels (such as TheFortniteGuy and ThatDenverGuy), put a huge watermark in his exposé video, and asked that Twitter users “like for part 2”

Every red flag of a stereotypical “clout chaser” bundled up into one nice package was presented to my doorstep. I took the next logical path and contacted Mackwood and Calc to see if we could clear up the situation. All the while, the tweet quickly garnered over 1,000 likes in just one hour

Debunking the ridiculous @yungcalc & @MackWood1x teaming claims. Mackwood doesn’t even own the skin that the imposter Mackwood was wearing in the clip… pic.twitter.com/NFMiFLw7LV

“I haven’t even played anything that wasn’t custom or creative in 24 hours, go look at my Fortnite Tracker,” Calc followed up with. Calc’s claims hold up; his FortniteTracker stats show he hasn’t been in an Arena game since yesterday

Additionally, @yungcalc hasn’t even played Arena for the past 2 days according to… us, lol pic.twitter.com/Stsb43zpVN

What really happened? I’m quite certain that two impostors started griefing Arena pretending to be pro players in hopes that something like this would occur… and from the looks of it, they got exactly what they wanted

I’m more concerned with the fact that hundreds of people instantly sent hate to the pro players that weren’t even found guilty of anything yet. And as it turns out, they weren’t guilty at all. Players having to defend their integrity after already being labeled as a “cheater” by many sets a terrible precedent

If you’re ever in a situation where you believe a player is acting against competitive integrity, the last thing you should do is use it as a stepping stone for your own career, impressions, and clout. Please report the player in game or use Fortnite’s new anonymous report tool located here. “We’ve also created a new form where players can report suspicious activity, and provide the necessary evidence for us to investigate,” Epic wrote in their recent blog post regarding suspected cheaters