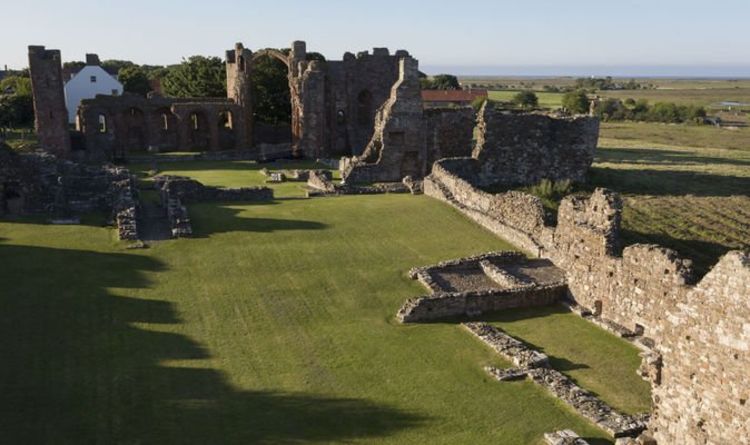 It isn’t large and might easily have been discarded were it not for the small bearings that adorn its top. After analysis, the tiny piece of worked glass, unearthed at an archaeological site in Lindisfarne, a Northumberland island, turned out to be an ancient Nordic board game playing piece.

It has since materialised to be a rare archaeological find, made from swirling blue and white glass with a small “crown” of white glass droplets.

Archaeologists believe the object is a gaming piece from the Viking board game hnefatafl (“king’s table”), or a local version of the game.

It is unknown how the piece may have ended up arriving on the island.

Some theories suggest it could have been dropped on the island by a Norse raider.

Others say it was owned by a high-status local attempting to imitate the invaders cultural customs.

Whatever the answer, the gaming piece offers a rare tangible link between Lindisfarne’s Anglo-Saxon monastery and the culture that eventually overwhelmed it.

The island is arguably best known for its spectacular illuminated gospels, which were created in the early eight century in the island’s first monastery.

The gospels is an illuminated manuscript book thought to have been produced around the years 715-720 in the monastery on the island, now held in the British Library in London.

But, recent excavations on the island by archaeologists and volunteers from DigVentures have located a cemetery and at least one building.

The gaming piece, found last summer, came from a trench that has been dated to the eighth to ninth centuries, according to the project’s lead archaeologist, David Petts.

This puts the piece straight into the most notorious time period in the island’s history, around the time of the raid.

He said that even if the game was being played by wealthy monks or pilgrims before the Vikings attacked, it shows the extent to which Norse culture had already spread across the north Atlantic.

Mr Petts said: “We often tend to think of early medieval Christianity, especially on islands, as terribly austere: that they were all living a brutal, hard life.”

In fact, he says Lindisfarne at the time would have been a bustling place, populated with monks, pilgrims and tradespeople, as well as the occasional visiting king.

He said: “The sheer quality of this piece suggests this isn’t any old gaming set.

“Someone on the island is living an elite lifestyle.”

The gaming piece is not only unusual as an artefact, but also as a result of the way it was discovered.