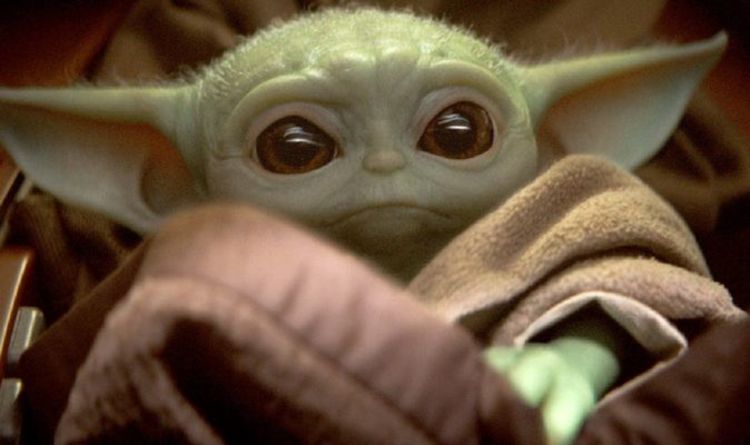 In addition to The Mandalorian, Disney+ will become home to the studio’s classic animation catalogue and limited series in the Marvel Cinematic Universe. Now the service has finally made it across the Atlantic, fans haven’t been impressed by one caveat tarnishing the platform’s first series.

The Mandalorian was created by Jon Favreau (The Lion King), and explores the adventures of a bounty hunter five years after the events of Return of the Jedi.

The first live action Star Wars series for Disney+ promises to explore the universe in more depth than ever before, featuring brand new settings and characters amidst a familiar backdrop of the series’ familiar hallmarks.

American viewers were gripped by the series, and one particular character, dubbed ‘Baby Yoda’, became an internet sensation.

However, despite ‘Baby Yoda’ – or The Child, as they are officially referred – memes and gifs flooding social media, Disney is still holding back on releasing the new series all at once.

READ MORE: Disney Plus: The films and series you DIDN’T know were on Disney Plus

Now that Prime Minister Boris Johnson has set a nationwide mandate to remain indoors as the coronavirus outbreak spreads, television fans have been desperate for new content to stream from the relative comfort of self-isolation.

New subscribers were expecting Disney+ to follow Netflix’s model of releasing most of their webseries in one batch.

Unfortunately, despite the first episode of The Mandalorian being available today, Star Wars fans will have to suffer lengthy waits as the series airs on a weekly basis.

Several fans took to Twitter to voice their outrage over Disney revitalising the outdated model of releasing TV episodes week-by-week.

One disgruntled fan posted: “‘I am massively disappointed that you are staggering the episodes of the Mandalorian. I’ve refrained from downloading pirated copies because I believe in supporting producers and studios – and this is how you reward loyalty?”

Others were more sarcastic, with one fan using a bunch of winking emojis when they tweeted: “Oh my God, Disney Plus drops in the UK tomorrow. I can’t wait to watch The Mandalorian for the first time.”

Like this Twitter user, many were quick to cotton on to the fact that more impatient fans would use illegal means to get their hands on the highly anticipated series.

For some, it was certainly tempting to trawl through dubious sources in order to get a better look at Baby Yoda.

Thankfully, the streaming platform has managed to gather more than enough new subscribers, with much of the UK believing the service dropped at the perfect moment amid the newly imposed lockdown.

During the first episode, courageous bounty hunter, Din Djarin (played by Pedro Pascal) is sent to recover a powerful asset by a mysterious benefactor known simply as ‘The Client (Werner Herzog).

Din soon discovers the asset is a 50-year-old alien toddler with powerful force abilities, similar to Jedi Master Yoda (Frank Oz), who played a pivotal role in the franchise’s original and prequel trilogies.

Many Star Wars fans experienced cuteness overload upon setting eyes on The Child, and UK viewers were hoping to binge all available Baby Yoda content the minute the streaming service was made available across the pond.