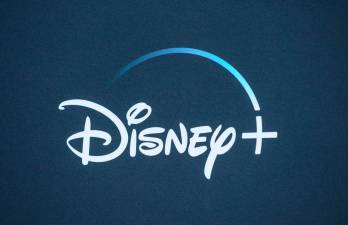 DISNEY has added extended disclaimers to classics including Peter Pan and Aristocats on its streaming platform to warn viewers that the films contain derogatory stereotypes about minorities.

Disney+ subscribers will be shown a text disclaimer before watching Peter Pan don a “redskin” headdress in the 1953 cartoon fantasy, or listening to a slant-eyed and buck-toothed “East Asian” cat singing in the 1970 animated feline movie.

“This program includes negative depictions and/or mistreatment of people or cultures,“ reads the message, which cannot be skipped.

It adds: “Rather than remove this content, we want to acknowledge its harmful impact, learn from it and spark conversation to create a more inclusive future together.”

Swiss Family Robinson and Dumbo – which contains a “Jim Crow” homage to racist minstrel troops – are also among the films that will carry the new disclaimers, created after consulting with groups including the African American Film Critics Association.

It is Disney’s latest measure to address bigoted tropes after growing criticism over the continued availability of some of its more controversial decades-old products.

In June, the company said “Splash Mountain” rides at its theme parks will be rebranded with a film featuring the company’s first black princess.

The popular attractions at Disneyland and Disney World are based on the controversial 1946 film Song of the South – a movie long accused of peddling racist tropes about the post-Civil War South.

They will soon instead tell the story of 2009’s The Princess and the Frog, which starred an African-American Princess Tiana.

The film Song of the South was entirely excluded from Disney+. The theme park attraction had been the subject of anti-racism online petitions.- AFP