Doctor Strange 2 plot: What happens in Multiverse of Madness? Could THIS character return? 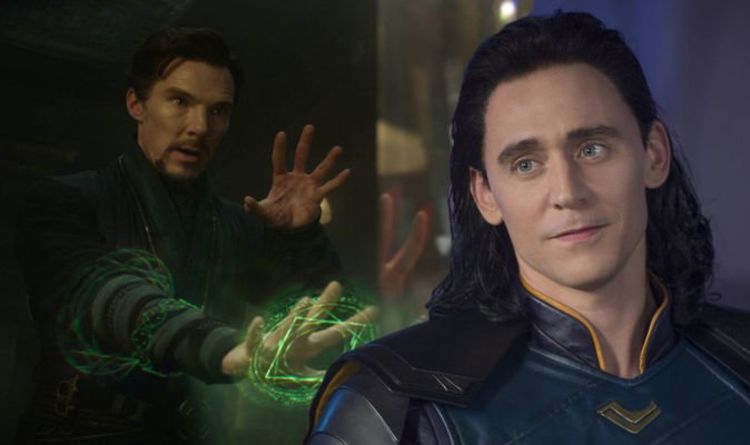 Doctor Strange, the 2016 standalone film, looked as though it set Benedict Cumberbatch’s character up to be a supporting player. He eventually survived after getting “snapped” in Avengers: Infinity War, and will continue his life in the sequel Doctor Strange: Multiverse of Madness. But what happens now the supposed plot details have been made available?

As a result, he could no longer perform surgery and sinks into depression, until he discovers a way to be healed through a mystical art.

He found the Ancient One (played by Tilda Swinton) in Doctor Strange and soon began to master some of the art of sorcery, including wielding the Time Stone or Eye of Agamotto.

Strange uses this to defeat his Kaecilius (Mads Mikkelsen) who has broken away from the Ancient One and is trying to overthrow his leader.

With the help of his friend Wong (Benedict Wong), they win their fight but in the process left one of the Ancient One’s followers Karl Mordo (Chiwetel Ejiofor) disillusioned and on a dangerous path.

The plot of the latest movie has been released, though it is important to take these reports with a pinch of salt given the director Scott Derrickson departed the project just a few weeks ago.

But the short synopsis, which was reported by Production Weekly and Comicbook, reads: “After the events of Avengers: Endgame, Dr. Stephen Strange continues his research on the Time Stone.

“But an old friend turned enemy seeks to destroy every sorcerer on Earth, messing with Strange’s plan and also causing him to unleash an unspeakable evil.”

Given Karl Mordo’s departure from the ways of the Ancient One, it may be Ejiofor who is expected to come back to the franchise, this time as the main antagonist to Strange.

In the post credits scene of the first Doctor Strange, he confronts a paralysed man, Jonathan Pangborn, who used the mystic arts to walk again, and has since helped Strange find his way to the Ancient One.

In the scene, Mordo steals the mystic energy from Pangborn which he uses to walk, and tells him there are “too many sorcerers” on Earth.

Could this mean he has returned to rid the Earth of their sorcerers, starting with the man who ruined his path in the mystic arts?

However, there are even more people who could return, if this synopsis is to be believed.

As the synopsis begins with the fact Strange is researching the Time Stone, is certainly suggests he could visit various timelines to save the Earth from its enemies.

The cast list currently boasts Elizabeth Olsen and she revealed her series, WandaVision, will tie into the events of the movie.

As well as this it has also been reported the TV series Loki will also tie into Multiverse of Madness.

As a result, Marvel fans could see the return of Loki (Tom Hiddleston) and Vision (Paul Bettany), both of whom were believed to be dead, as they enter from previous timelines to aid Strange.

With this being a possibility, there is a huge number of other characters who could return, including Black Widow (Scarlett Johansson) and Tony Stark (Robert Downey Jnr.)

Both of these characters are to be seen in the Black Widow prequel movie coming out this year, so it certainly seems as though they could still be in the fold.

While there are a huge number of characters who could appear, one thing is for certain – it will be quite something once they can get it off the ground.

Doctor Strange: Multiverse of Madness is out in cinemas from May 7, 2021

By Dirk Libbey @cinemablendBeing inside "the bubble" meant that all of the 300-ish cast and crew had to remain physically separated from their loved...
Read more
Entertainment

The Croods: A New Age Review

We were able to watch the movie from a screener of The Croods: A New Age, provided by Universal Pictures. All opinions are my...
Read more

Finally, it seems that Deadpool 3 is happening at Disney…We’ve known for a while that Marvel and Kevin Feige wanted to bring Deadpool into...
Read more

ByHowever, following a year of uncertainty for travel amid the ongoing pandemic, things could be a little different this year. Though the likes of British...
Read more