Dodgers, Astros get heated in rematch of 2017 World Series after Joe Kelly's antics 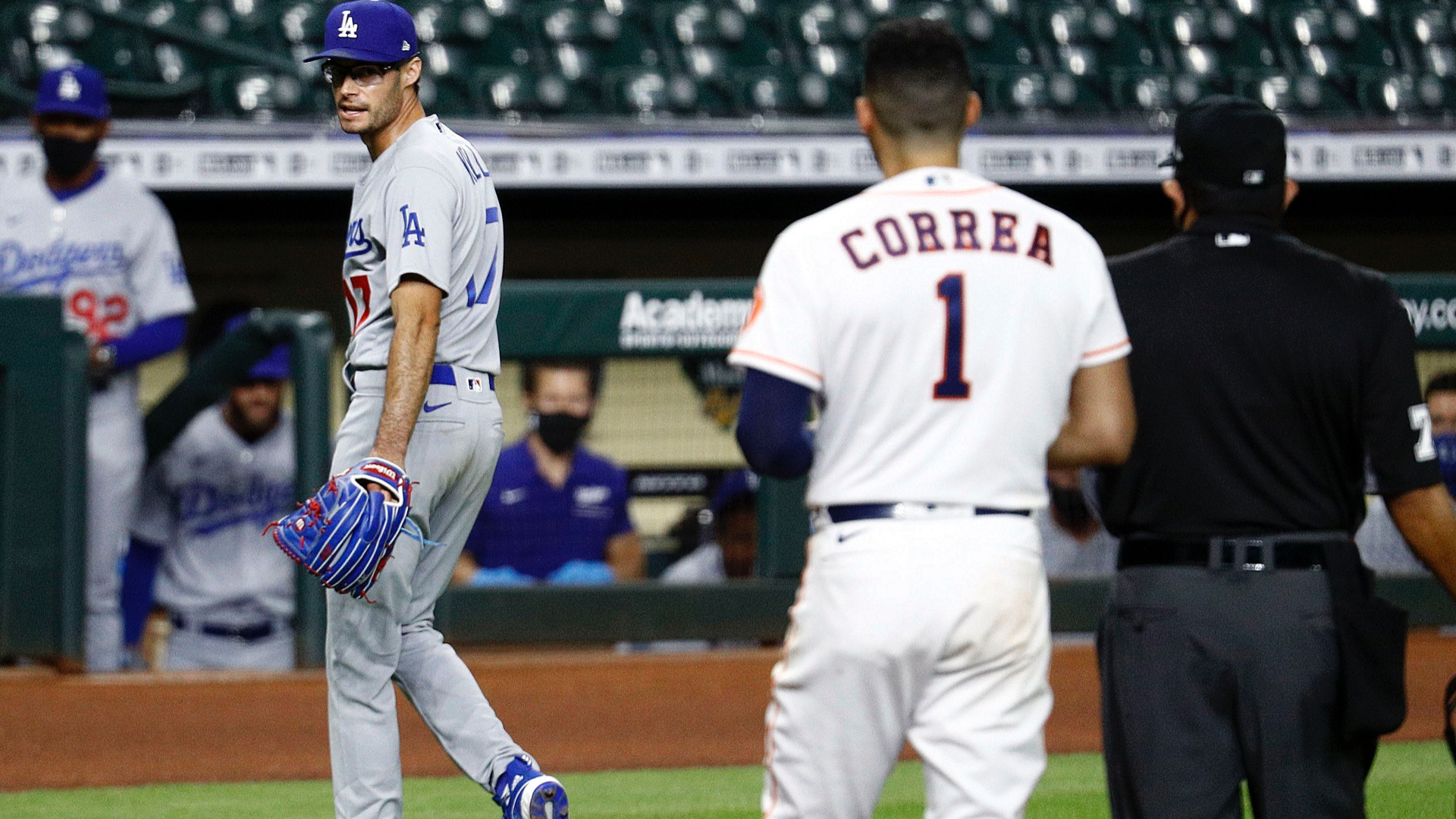 Dodgers right-hander Joe Kelly threw one fastball behind Alex Bregman and another above the head of Carlos Correa in the sixth inning of Tuesday night’s 2017 World Series rematch against the Houston Astros.

Kelly followed up the inside pitches with a strikeout of Correa to end the frame. He mocked Correa as he walked off the mound and both benches cleared. After the game, Astros manager Dusty Baker said Kelly yelled, “Nice swing, b—!” at Correa following the K.

The teams have plenty of bad blood after the Astros were found to have cheated during their championship victory over the Dodgers three years ago.

Kelly is known for his poor command but also his hot head, having been involved in MLB tussles before. He was not on the Dodgers in 2017, but he did play for the Red Sox the next season, when Boston beat the Astros in the ALCS.

“I mean, these guys were cheating for three years,” Cody Bellinger said. “I think what people don’t realize is (Jose) Altuve stole an MVP from (Aaron) Judge in ’17. Everyone knows they stole the ring from us.”

No one was ejected from the sixth inning back-and-forth.

staronline@reachplc.com (Frank Warren) Josh Taylor faces a tough challenge tonight when he takes on tricky Thai foe Apinun Khongsong. He is not just dealing with the...
Read more
Sports