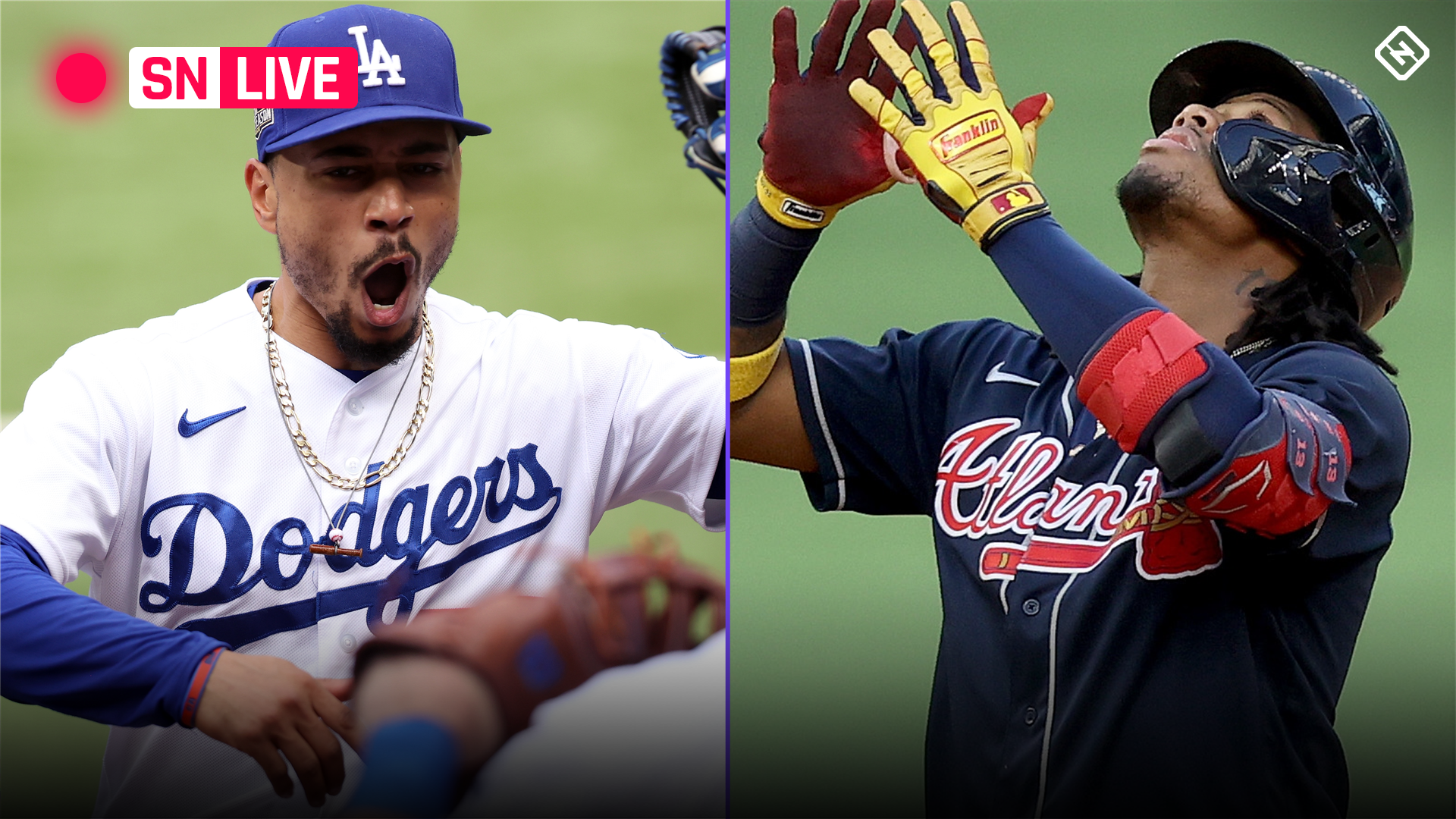 The winner of tonight’s deciding NLCS game between the Dodgers and the Braves will go on to face the Rays, who avoided the catastrophe of blowing a 3-0 series lead with a 4-2 win over the Astros on Saturday.

The Braves held a 3-1 series lead after four games, but the Dodgers have rallied back to even the series. Starting on the mound for LA is rookie Dustin May, who will likely be kept on a short leash after throwing two innings in Friday’s Game 5. Dodgers manager Dave Roberts also has starters David Gonsolin (threw 88 pitches on Tuesday) and Julio Urias (101 pitches on Wednesday) available to pitch in the early innings, allowing him to preserve his bullpen arms for the later innings.

Atlanta will also start a rookie on the mound, with Ian Anderson getting the nod. Anderson is unbeaten and has yet to allow a run in three postseason starts, racking up 22 strikeouts in 15 2/3 innings. He threw four innings in Tuesday’s Game 2, allowing just one hit while striking out five, though he did issue five walks.

Tonight will be the first time in MLB history two opposing rookies have started on the mound in a postseason winner-take-all game.

Sporting News is tracking live scoring updates and highlights from Dodgers vs. Braves in Game 7 of the 2020 NLCS. Follow below for complete results.

9:04 p.m. — A.J. Pollock smacks a hanging curveball with two strikes for a two-out single and Joc Pederson follows by poking one in the left-center gap. Runners on the corners now for Chris Taylor.

8:57 p.m. — Will Smith narrowly misses a home run as he pulls it foul down the left field line, and winds up flying out to right a couple pitches later.

8:44 p.m. — DINGER ALERT: Tony Gonsolin comes out to start the second inning and Dansby Swanson leads it off with a solo shot to left. Braves lead 2-0 now.

8:36 p.m. — Freeman knocks it down to get Seager out at first. Betts is on second with one out, Justin Turner up to bat.

8:32 p.m. — Mookie Betts battles out of an 0-2 count, works it full and rips a base hit to left to lead things off for LA. Corey Seager steps in.

8:24 p.m. — May gets Travis d’Arnaud to ground to short for a double play. Two outs now, Freeman on third for Ozzie Albies.

8:22 p.m. — Ozuna drives one through the left side and brings home Acuna. Atlanta leads 1-0, runners on first and second and no outs in the top of the first.

8:18 p.m. — Acuna steals on the first pitch to Freddie Freeman and now he’s in scoring position.

​8:17 p.m. — Dustin May walks Ronald Acuna Jr. on four pitches and the Braves have the leadoff man on first to start the game.

Game 7 between the Dodgers and Braves is scheduled to start at 8:15 p.m. ET. The game will be broadcast nationally on Fox and Fox Sports 1. You can also stream the NLCS finale on Fox Sports live or with fuboTV, which offers a seven-day free trial.

The 2020 World Series will take place exclusively in Globe Life Field in Arlington, Texas. It’s the only postseason series in 2020 that has built-in off days, as well.

In years past, World Series first pitch usually occurs around 8:07 p.m. ET, so expect that for 2020.