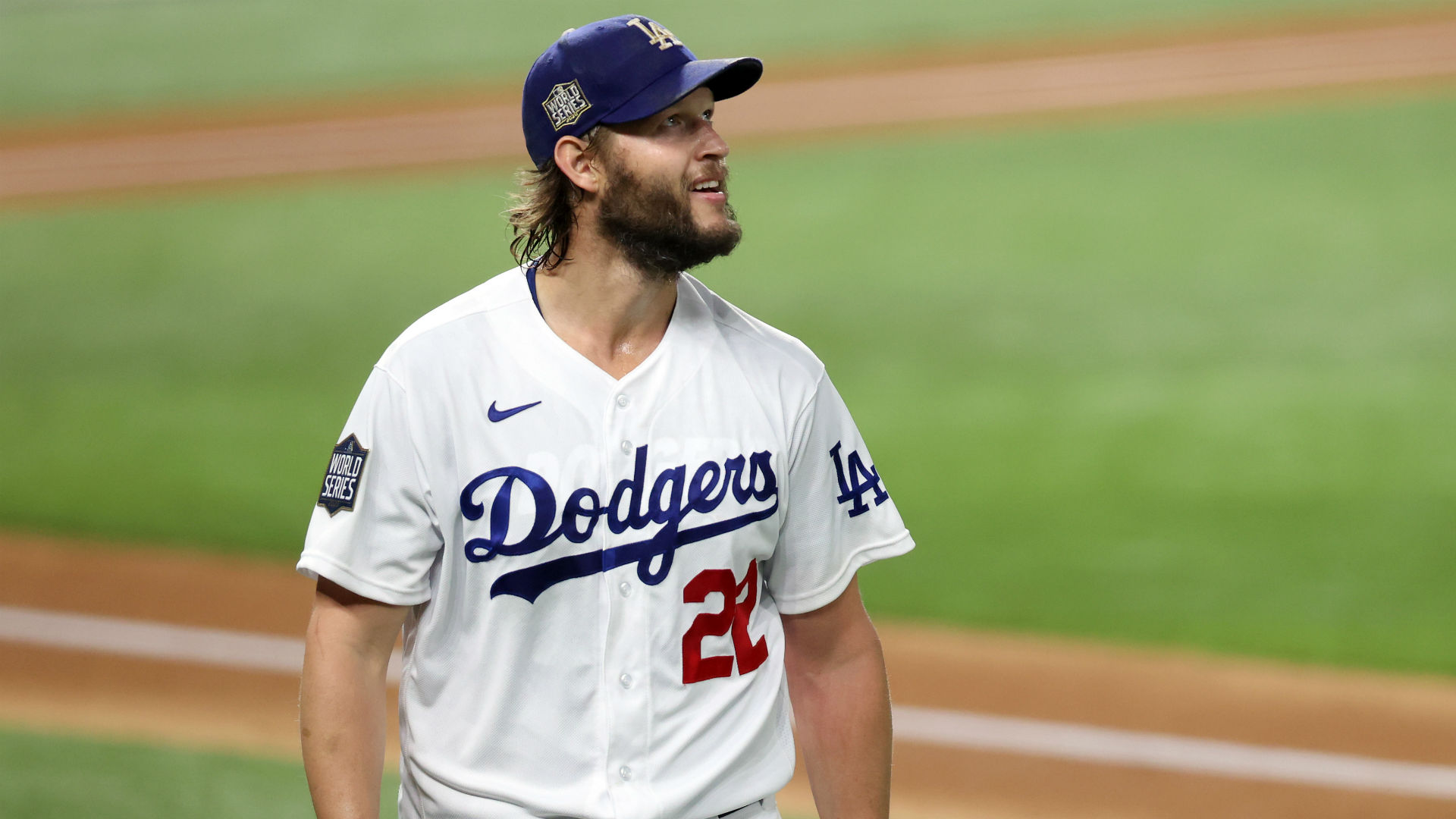 Game 1 of the 2020 World Series showed us one thing: The Dodgers are still, very, irrefutably legit.

It was a total and complete effort from top to bottom with LA, who took an 8-3 Game 1 victory over the Rays on Tuesday night.

Clayton Kershaw put the narrative to bed for at least one start, turning in a gem of a performance by going six innings, allowing two hits, one run and striking out eight batters. To sweeten the effort, Kershaw also surpassed 200 career postseason Ks, passing John Smoltz all-time.

Kevin Cash’s curious decision to leave an inefficient Tyler Glasnow in the game proved to be the tipping point, with the Dodgers offense getting to Glasnow in the middle innings and opening up a big lead.

In all, it was a total team effort from Los Dodgers in the win — pitching, offense, defense — and a terrifying opening salvo for the Rays to endure in the 2020 World Series.

Sporting News is tracking live scoring updates and highlights from the 2020 World Series between the Dodgers and Rays. Follow below for complete results from Game 1.

11:36 p.m. END OF GAME: Corey Seager with a tremendous play after a deflection off the hand of Joe Kelly to end the game. Dodgers win, lead the series 1-0.

11:29 p.m. END OF EIGHTH: A pitching change and John Curtiss downs Will Smith on strikes to end the frame. Last licks for the Rays coming up.

11:14 p.m. END TOP EIGHTH: Three pop outs for the Rays in the eighth inning, and they’re going to have a lot of work to do in the ninth to pull this one out.

11:06 p.m. END OF SEVENTH: Quiet inning for the Dodgers, who go down in order in the seventh.

10:54 p.m. TAMPA BAY SCORING PLAY: Kevin Kiermaier with an RBI single of his own. Rays pick up another, down 8-3 in the seventh, runners on first and second.

10:53 p.m. TAMPA BAY SCORING PLAY: Mike Brosseau singles in Manuel Margot. Rays down 8-2 in the seventh, first and third one out.

10:46 p.m.: Rays have runners on second and third with one out, and Dave Roberts is making a pitching change.

10:16 p.m. LOS ANGELES SCORING PLAY: Kiké Hernandez with a pinch-hit single, scoring Will Smith. Dodgers pouring it on, 6-1 in the fifth.

10:09 p.m.: Glasnow is now out of the game, Ryan Yarbrough is now in the game and Kevin Cash is catching heat for leaving Glasnow in for 112 pitches.

9:55 p.m.: Back-to-back walks for Glasnow in this inning, with Justin Turner up and no outs.

9:42 p.m. TAMPA BAY SCORING PLAY: Kevin Kiermaier with a solo shot to right field, cutting down the Dodger lead to 2-1.

9:09 p.m. END OF THIRD: Turner strikes out on a questionable check swing, Glasnow strikes out the side in the frame.

9:07 p.m.: Glasnow is hitting 100 on the radar gun, Corey Seager on with two outs for Justin Turner.

8:50 p.m. END OF SECOND: Joc Pederson strikes out on a filthy breaking ball to end the inning.

8:47 p.m.: Chris Taylor with a two-out hit just past Willy Adames, the first hit of the night for the Dodgers.

8:44 p.m.: Rays pulling out the four-man outfield for Will Smith, who strikes out.

8:33 p.m. END OF FIRST: Muncy skies a ball to center to end the inning. Back-to-back fly balls induced by Glasnow.

8:21 p.m. END TOP FIRST: Kershaw works into and out of trouble after a little nubber from Margot ends in a tough ground out. Dodgers coming up.

8:20 p.m.: Renfroe with a strikeout on a questionable check swing. Manuel Margot up with two on, two out.

8:14 p.m.: After a leadoff single by Díaz, Brandon Lowe pops out and Randy Arozarena works a walk. Hunter Renfroe up.

8:12 p.m.: Three minutes late but we are underway, with Clayton Kershaw’s first pitch to Yandy Diaz a strike.