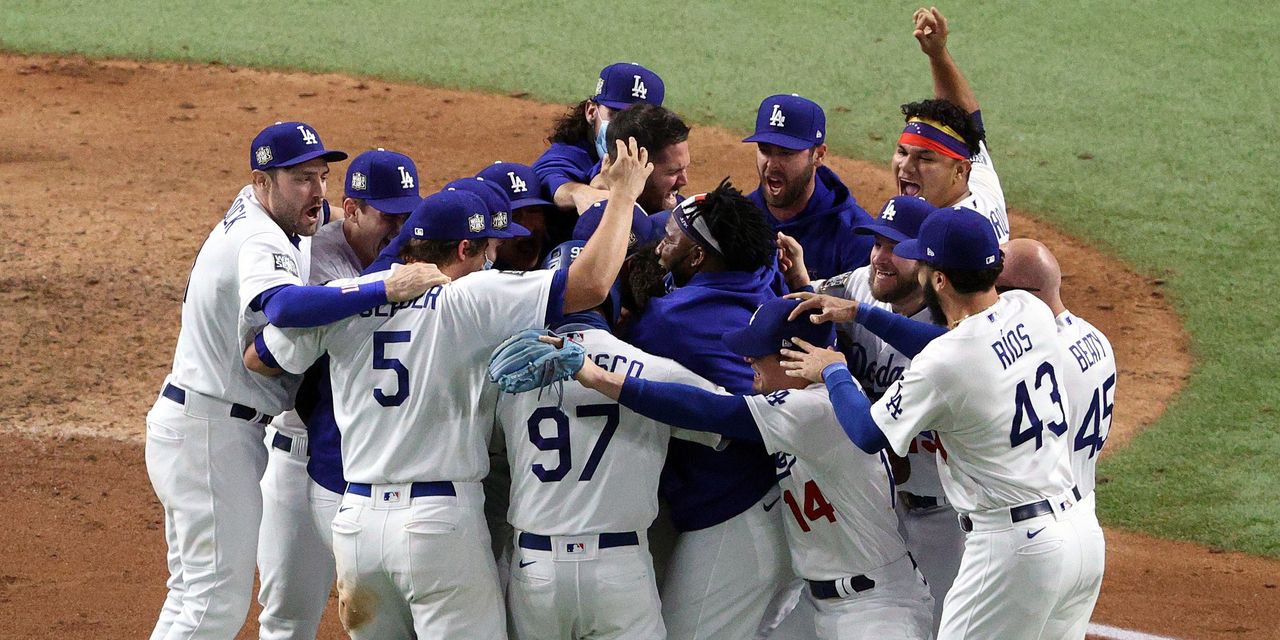 ARLINGTON, Texas—The weirdest year in baseball history ended Tuesday night in a way that somehow seemed normal: with the Los Angeles Dodgers celebrating a World Series championship for the first time since 1988. Then, moments later, the weirdness kicked back in to add a surreal coda to baseball’s pandemic season.

As the Dodgers gathered on the field for the trophy presentation, it emerged that a key member of the team—third baseman Justin Turner—had left the game after the seventh inning because his coronavirus test from Tuesday morning had come back positive during the game. No explanation for his departure had been provided while the game was in progress.

Afterward, Major League Baseball commissioner Rob Manfred confirmed that Turner had received the sport’s first positive test for a player in nearly two months. After early outbreaks on the Miami Marlins and St. Louis Cardinals threatened to bring down the pandemic-shortened season, baseball sought to avoid the problem in October by moving into a self-contained bubble, similar to how the NBA and NHL finished their campaigns. Though players were tested every other day during the regular season, MLB increased the frequency to daily testing in the playoffs.

The setup was designed to keep players sequestered in a sterile hotel, leaving little chance that anybody inside could contract Covid-19 The NBA and NHL both successfully executed their bubbles for nearly three months. Unless Turner’s test result proves to be a false positive, baseball’s outcome will bring intense scrutiny of how its health and safety protocols could have failed on the most high-profile night of the season.

After the game, Turner returned to the field to participate in the celebratory festivities with his teammates, even though he was supposed to have been in isolation. He sat next to manager Dave Roberts without a mask during a team photograph on the field.